For many homeowners, false hope 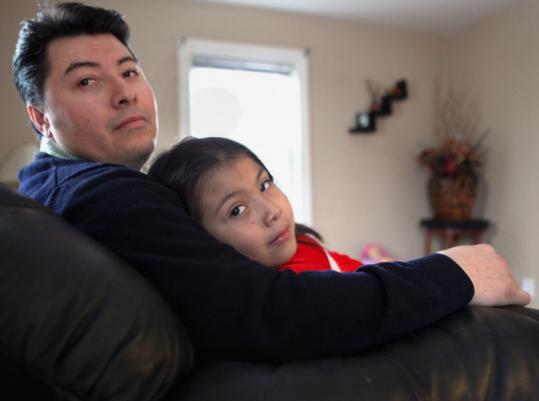 Marlon Hernandez was sick with worry that he would lose his Malden home to foreclosure two years ago. Then the Salvadoran immigrant heard a Spanish-language radio advertisement that sounded like the answer to his problems.

“I am just waiting for my house to be in foreclosure,’’ he said. “I’m waiting for them to kick me out.’’

Attorney General Martha Coakley filed a lawsuit earlier this year against Zak, claiming he targets troubled Latino homeowners like Hernandez by making false promises and unlawfully charging upfront fees to provide help that he fails to deliver. Zak contests the charges, calling it a “smear campaign,’’ arguing that he is doing nothing unlawful and has helped hundreds of troubled homeowners avoid foreclosure.

The legal dispute highlights a growing concern in Massachusetts and across the United States about lawyers and business people taking advantage of troubled homeowners through foreclosure rescue scams. Loan-modification schemes have been one of the top five consumer issues in Massachusetts over the past two years, state regulators say.

“These for-profit loan-modification companies are making a bad situation worse,’’ said Jon Greenbaum, chief counsel of the Lawyers’ Committee for Civil Rights Under Law, a Washington, D.C.-based nonprofit that is spearheading a national campaign against mortgage scams. “Vulnerable homeowners come in contact with someone posing as an expert and offering to help them negotiate better mortgage terms. Little do they know it’s a scam.’’

Coakley said loan-modification schemes are widespread in Massachusetts, where more than 12,000 homeowners lost their properties to foreclosure last year. In March, a former mortgage loan officer agreed to pay $6,350 in restitution and stop providing mortgage help after being charged with illegally demanding upfront fees for mortgage help. Several out-of-state companies also have been sanctioned for taking advance fees for loan help from consumers.

Coakley declined to comment specifically on Zak’s case. However, the recent legal conflict reflects the state’s difficulties in dealing with some loan-modification companies, especially if they are run by lawyers.

Coakley alleged in her complaint, filed in Suffolk Superior Court, that Zak broadcast ads on Spanish-language radio and television stations falsely claiming he could reduce mortgage payments by as much as half. She said he charged homeowners $4,000 to $8,000 in unlawful upfront fees, and that more than 1,000 homeowners throughout New England have been misled.

At issue is a 2007 state regulation that prohibits people from accepting advance fees in connection with “foreclosure-related services,’’ including efforts to stall or stop a foreclosure. Coakley recommends that homeowners seeking mortgage help speak directly to lenders or to nonprofits that provide such services for free.

Zak, 34, said the attorney general’s regulation allows lawyers to charge advance fees for certain legal work, including filings for a bankruptcy or court proceedings to fight a foreclosure. He said he performs legal work in each of the mortgage cases, including sending demand letters to lenders in which he points out mortgage violations in order to prompt negotiations, a process that could lead to court action.

In court documents, Zak said Hernandez could not prove he earned enough money to get a loan modification and that clients are required to sign a document showing they understand he can’t guarantee results.

He calls the charges by Hernandez and Coakley blatantly unfair. “They want to disrupt my practice to the point we can’t function,’’ Zak said. “I am one of the only lawyers who has reached out to this community in deep need of this kind of help.’’

Last month, about a dozen protesters, including former clients and housing activists, protested outside Zak’s Revere office, chanting “Stop David Zak.’’ But Zak said disgruntled clients are misdirecting their anger, mobilized by nonprofits and other lawyers competing for his business. He said nonprofits like the Chelsea Collaborative and Greater Boston Legal Services directly compete with him because they also provide legal and other services to low-income homeowners who are facing foreclosure. He said people come to him because of his successful track record in helping families save their homes.

“People need help, and nonprofits are not designed to do foreclosure work in court,’’ he said. “I’m engaging in the bona fide practice of law.’’

Indeed, many of Zak’s clients called The Boston Globe at his request to say they are satisfied with his work. Julian Sanchez of Allston, for example, said he paid Zak about $3,000 to help him obtain a loan modification that cut his monthly payment from $4,000 to $2,600.

“He said he would get me out of my troubles and, thank God, he did,’’ Sanchez said in Spanish.

Last month, Superior Court Justice Nancy Holtz issued a ruling in the case that Zak claims affirms his right to charge legal fees to clients. Holtz ordered Zak to stop charging advance fees unless they are related to legal services, “in connection with court proceedings to avoid a foreclosure.’’ She also ordered him not to make false statements about the cost of his services.

Amie Breton, a spokeswoman for the attorney general, said the office will now decide whether to settle or go to trial.

Todd Kaplan, a senior attorney with Greater Boston Legal Services, a nonprofit that provides legal help to low-income residents, said Zak may be doing some legal work to help people obtain loan modifications, but the vast majority of services are those that nonprofits can provide at no cost. The agency is providing support to more than a dozen homeowners who say they have been mistreated by Zak.

“He is preying on some of the most vulnerable people who are in danger of losing their houses and are desperate for help,’’ said Nadine Cohen, a managing attorney with the law group, who attended last month’s protest. “We think this was deliberate discrimination of Latinos.’’

Hernandez, 35, said Zak sounded like a savior on the radio. Hernandez had bought his home in 2004 for $296,000 and refinanced it in 2007 for $339,000 to pay for home repairs with a subprime mortgage that carried payments that increased over time. He planned to refinance again before his mortgage was reset to a higher rate, but the property value dropped and he no longer qualified for a new loan.

“We were really desperate,’’ Hernandez said.

Hernandez said Zak’s employees told him a $5,600 flat fee would cover the firm’s services, including negotiations with the lender as well as any necessary legal work to reduce his $2,400 monthly loan. They advised him to stop paying his mortgage, he said, to attract the bank’s attention, an allegation Zak denies. He was able to pay Zak through a tax refund he had received, he said.

Months after signing on, Hernandez became worried that something was wrong. He was repeatedly told the modification was in process, he said. But more than a year later, he received a letter from Zak notifying him that his services had been concluded, although he had not received any mortgage help, he said.

Hernandez said Zak offered to help him file for bankruptcy protection — if Hernandez paid as much as $4,000 more. Instead, Hernandez filed a complaint with the attorney general. He also talked to other homeowners who said they had similar bad experiences with Zak. At this point, he’s given up hope on saving the home he lives in with his wife and three children.

“We just want a little bit of justice,’’ Hernandez said.