Grants help nonprofits to help themselves 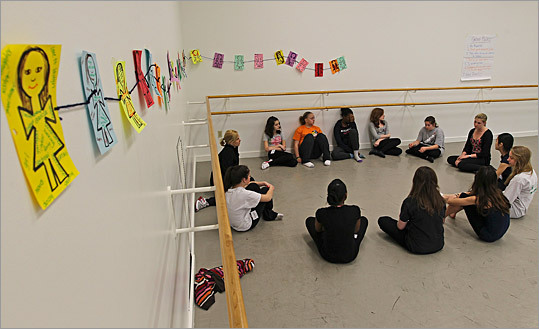 Ann Houston, executive director of the nonprofit Chelsea Neighborhood Developers, remembers a woman who came to the agency for help buying a home. Because she didn’t make enough money, the woman had to first go to a career center and find another job.

“She had to take two buses,’’ Houston said. “It was really difficult, and she has children. She found a new job, but during the first six months she called regularly, because she had a hard time adjusting.’’

Enter the Family Economic Center, funded in part by the $1.7 million Catalyst Fund for Nonprofits, established in September by the Boston Foundation and three other charities to help nonprofits find creative ways to stretch their resources through cooperation, so they will better be able to serve their communities.

The Family Economic Center represents that kind of cooperative effort. A joint venture of Houston’s group, Centro Latino, Bunker Hill Community College, and Metro Credit Union, the center will “co-locate’’ financial and career services in one place, to allow easier access to those who need help in more than one way.

For example, if Houston’s client had needed more help — English lessons, for example — it would have taken yet another agency. She eventually did save enough money to buy a home, but had she been compelled to seek assistance from more agencies, she might never have achieved her goal.

“It is easy to fall through the cracks if you have to go 10 different places to get each of these services,’’ Houston said.

The funding for the Family Economic Center, approximately $20,000, was among the Catalyst Fund’s first grants. Other awards included $10,000 for Big Sister Association of Greater Boston and Girls’ LEAP Self-Defense to explore joint efforts, including a potential merger of their group mentoring programs; and $50,000 for the Allston Brighton Community Development Corporation and Urban Edge, which is based in Roxbury, to draft a business plan to merge their asset management operations.

“It’s not just about mergers,’’ said Peter Kramer, manager of the Catalyst Fund. “It’s about a variety of ways to work together and really improve the quality of life here in Boston.’’

Deborah Re, chief executive of the Big Sister Association of Greater Boston, said the grant will allow her organization and Girls’ LEAP Self-Defense to learn from one another, and possibly offer new or better programs together. The grant will fund a feasibility study on how the groups might collaborate.

“We thought, here’s two organizations that care about girls, that are focused on their healthy development,’’ Re said. “Why not work together to create something that is even more valuable than what we can do as individual organizations?’’

Mary-Helen Nsangou, executive director of the Allston Brighton CDC, said the grant to her organization will help it take advantage of economies of scale, while retaining its neighborhood-focused mission. The Allston Brighton group and Urban Edge manage a combined 1,800 units of affordable housing, she said, but neither one can afford an in-house asset management operation. Instead, her group currently relies on outside consultants to financially manage and maintain the physical condition of its properties.

“As relatively small organizations, we have a continual challenge of being highly effective owners of this housing,’’ Nsangou said.

Asset management is the right function to consolidate between organizations, she added, because that work doesn’t need to be localized. “It’s nuanced in that it takes out certain functions that don’t have to be community-based and joins them together, but keeps close links to the community-based activities,’’ Nsangou said.

The Catalyst Fund is a partnership of the Boston Foundation, Boston LISC, the Hyams Foundation,and United Way of Massachusetts, and is managed by the Nonprofit Finance Fund.

The fund reviews applications on a rolling basis and will hold informational sessions on May 10 and May 11.