Centers at the crossroads 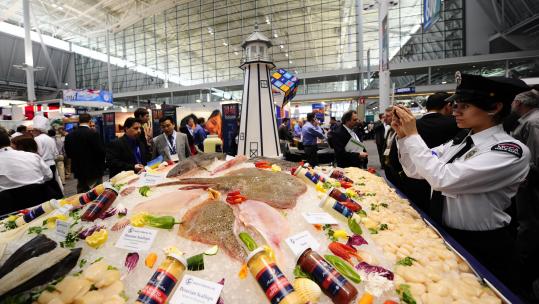 Officials considering a massive expansion of the Boston Convention & Exhibition Center often trumpet the facility as a phenomenal success, saying it has outperformed expectations and generated billions of dollars for the Massachusetts economy.

But while the growth of the South Boston exhibition hall is undeniable, much of that business has come at the expense of Boston’s other convention hall, the John B. Hynes Veterans Memorial Convention Center. Since 2006, five of the Hynes’s largest events have relocated to the newer, bigger hall, shifting visitors across town instead of bringing new ones from elsewhere.

And in those past five years, the number of hotel nights from visitors to the two halls combined is up only 9 percent, according to data provided by the Massachusetts Convention Center Authority. The new convention center alone was projected to have increased hotel nights by 18 percent in the same period, according to a 1997 study commissioned by a state-appointed panel, which also predicted the Hynes would not be hurt by the larger convention center.

Since the South Boston facility’s first full year of operations, hotel stays generated by the Hynes have declined 12 percent.

“There is a reason why cities don’t try to operate two convention centers: Because you end up cannibalizing one of them,’’ said Heywood Sanders, a University of Texas professor who tracks the convention industry. “In this case, it’s very clear that is what has happened to the Hynes.’’

James Rooney, the head of the convention center authority, said Sanders’s argument is a “red herring.’’ The South Boston center, he argued, has drawn new events to Boston and retained others from the Hynes that would have left for larger venues elsewhere. He also asserted it is unfair for critics to use a 1997 report to question the performance of the convention centers, because that document could not have anticipated the amount of economic upheaval in the intervening years.

“America has just gone through the worst recession since the Great Depression,’’ he said, adding later: “We’ve gotten sucked in by people like Heywood Sanders to measuring the success of this industry strictly on the notion of how many hotel-room nights are generated. That is narrow-minded thinking.’’

The performance of Boston’s two convention centers will be hotly debated in the months ahead, as city and state leaders consider whether to spend up to $2 billion to double the exhibit and meeting space at the South Boston hall, and build a 1,000- to 1,200-room hotel next door.

For taxpayers, a lot is at stake: A state panel studying expansion determined the hotel alone could require up to $200 million in subsidies. And expanding the convention center itself may require hikes in tourist-targeted taxes and fees on hotel rooms, rental cars, and other services.

On the other hand, Rooney said not expanding the convention center may cost even more in lost events and tax revenue.

Hotel-night stays are one of several key barometers used by the small community of consultants who advise the convention center industry on economic and financial matters. Even the Massachusetts’ authority cites hotel-night stays in its reports as a measure of its financial performance and economic contribution.

The number of hotel stays shows how many visitors come from out of town and spend money in the state. Some industry officials say hotel room counts are never precise because they don’t account for visitors who book rooms on their own, outside the rooms reserved for an event. They also argue that focusing on hotel stays doesn’t account for other, less tangible benefits of hosting large meetings, such as the new business connections made by attendees.

Still, hotel-night numbers are routinely used by convention and tourism officials in Boston and other cities to justify expansion.

In 1997, a consultant advising state officials on construction of the $800 million South Boston hall predicted the facility would generate 768,000 hotel-room nights by 2010. But last year it generated only 352,500 room nights, less than half the amount predicted, according to the convention center authority.

Rooney said the 1997 study was conducted when the industry was booming and produced overly optimistic estimates. Those estimates were updated in 2003 with an analysis that projected 389,000 hotel stays in 2009, 508,000 in 2010.

The 2003 report included other benchmarks for the facility — which the convention center has exceeded. For example, the new center collected $123 million in revenues from events over the past six years, more than double the $52 million predicted in 2003.

Although the South Boston center has become a strong competitor in the convention industry, its performance appears less impressive when its impact on the Hynes is taken into account. In the last few years, several of the Hynes’s largest events have moved across town, including a large dental industry event, the Boston International Seafood Show, the New England Grows horticultural conference, and the Penny Arcade Expo, a video gaming event that attracted 70,000 attendees last month.

The net effect is that since 2006, hotel-night stays from the new center and the Hynes are up by 47,000, a rate of growth critics say does not justify the current push for expansion. “Expanding would mean you are making an enormous bet in a market characterized by an astonishing degree of competition and very low reward,’’ said Sanders.

But the debate at times becomes a chicken-and-egg argument. For example, Rooney argued the pace of growth is being slowed because the convention facilities are not big enough and Boston doesn’t have enough nearby hotel rooms — just 1,700 within a half mile of the facility, compared to more than 8,000 rooms in competitor cities like Philadelphia and New Orleans.

That shortage results in an event at the new convention center filling hotel rooms across the city, including those near the Hynes, making it impossible to host events at the facilities simultaneously.

“If any businessperson takes a look at our performance numbers, they would see a mature product that absent a growth strategy has nowhere to go,’’ Rooney said. “That’s where we are right now, at practically maximum capacity.’’

History of the Boston
Convention Center