Plan to save Stoughton theater 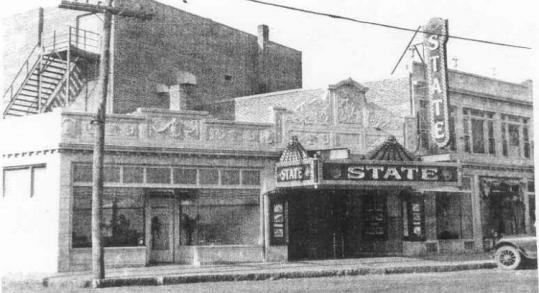 STOUGHTON — A group of movie and theater buffs hopes to reopen the old State Theater in Stoughton Center and restore it to its former glory.

“I fell in love with theater and film because of that theater,’’ said actor Michael Mutascio, a Stoughton native who’s leading the “Save the State Theater’’ campaign. While shabby and shuttered on the outside, the inside “is still beautiful,’’ Mutascio said.

In the 1940s, the theater shifted its focus to movies, covering up the box seats. But the building still was used for music and theater shows, and for a time Stoughton High School graduations. The last performance there was a local theater production of “A Christmas Carol.’’

Most recently known as the Stoughton Cinema Pub, the theater closed in December 2007, just six days shy of its 80th birthday.

“Once that closed, the rest of the remaining downtown started dying with it,’’ Mutascio said, adding that reopening the theater could help revitalize the downtown.

The previous owner had planned to demolish the theater and replace it with a parking lot. Mutascio said he’s working with the current owners on the revival plan, and hopes to raise $250,000 to bring the building up to code and reopen for music, theater, comedy, magicians, and movies.

A benefit concert is scheduled for March 26 at 8 p.m. at Whiplash, 63 Wyman St., Stoughton.