Putting money where jobs are 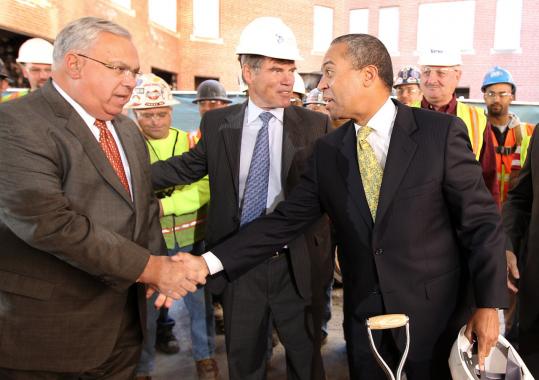 Massachusetts is now sharply limiting which companies receive valuable subsidies intended to encourage businesses to relocate or expand operations in the state.

The changes are in response to criticism that the state has squandered millions of dollars over the years by handing out the tax credits willy-nilly for dubious projects, such as fast-food restaurants and retailers, that probably would have opened here anyway or that could siphon sales from other local businesses.

This year, most of the tax subsidies were awarded to manufacturing firms and other large expansion projects that state officials said will pump new money into the local economy.

“This is a job creation program,’’ said Gregory Bialecki, state secretary of housing and economic development. “We’re getting a lot more jobs per dollar than with the old program.’’

In 2010 Massachusetts awarded state tax credits to just 25 companies under its flagship Economic Development Incentive Program — down from 65 the year before. The incentives were originally intended to provide companies a combination of a state investment tax credit and local property tax break in exchange for building new or additional facilities in beleaguered parts of the state.

But in a series in March, The Boston Globe reported that the Economic Assistance Coordinating Council, the state board that oversees the incentive program, handed out the subsidies indiscriminately; only one of the nearly 1,400 applications since the advent of the program in 1994 was rejected.

In some cases, the Globe found, companies received the tax incentives even though they had already completed their projects and were open for business.

Other companies failed to deliver the jobs they promised or were located in affluent towns, such as Lexington and Hingham.

To address issues raised by the Globe, the state adopted new regulations earlier this year to limit which companies would be eligible for the subsidies and to give state economic development officials more discretion over the awards.

For example, applicants must now show that their projects will generate substantial out-of-state sales in order to qualify for subsidies, disqualifying fast-food restaurants and most retailers.

Greater flexibility also allows the state to direct larger subsidies to more meaningful projects, such as those in so-called gateway cities, former mill towns and industrial centers that have fallen on hard times.

The largest state subsidy awarded this year — worth $22.5 million — went to Liberty Mutual Insurance Co., a Boston company that promised to create 600 jobs and invest $353 million in a new office tower near its corporate headquarters. Liberty Mutual also received a property tax break from Boston valued at $24 million.

The second largest, $6 million, went to gun maker Smith & Wesson Holding Corp., which has pledged to add 225 jobs to its corporate headquarters in Springfield.

More than half the awards went to projects in gateway cities such as Springfield.

Local cities and towns also awarded their own tax breaks for dozens of projects with the state’s approval, including several that did not receive state subsidies.

In total, the state approved $190 million state and local subsidies, including $44.5 million in state tax credits and $145.8 million in local property tax breaks, to 37 companies that collectively promised to create 2,475 full-time jobs. That works out to nearly $77,000 per new job.

This marks the first year the state has systematically tracked the value of the local tax breaks, giving taxpayers a better window into the total cost of the program.

“$77,000 per job sounds like a lot of money, and it is,’’ said Noah Berger, executive director of the Massachusetts Budget and Policy Center, who questioned whether this is an effective way to create jobs.

Still, as part of the deals, the companies promised to invest $1.4 billion in their Massachusetts facilities, including new buildings or upgrades that will likely generate additional property taxes that should help offset the local tax breaks.

In addition, the new rules also require the state to take back any aid if companies don’t create at least half the jobs they promised.

In the past, the state terminated some tax breaks early but said it didn’t have the authority to force companies to repay the value of the incentives.

Edward M. Lambert, the former mayor of Fall River, who has urged officials to help gateway cities and make companies more accountable for the funds they receive, said he has generally been pleased with the changes.

“I think the administration has been serious about making the system more accountable,’’ said Lambert, director of the University of Massachusetts Dartmouth Urban Initiative.

And while state officials have made the award process less secretive, critics contend it is still too difficult to find out about the tax credits before they are given final approval at meetings of the economic council. For example, officials still do not publish companies’ applications on the Internet, and won’t release the staff recommendations on the awards before the council votes.

“The bottom line is when public dollars are being invested in private enterprises, we ought to provide the highest level of transparency,’’ said Deirdre Cummings, legislative director for the Massachusetts Public Interest Research Group.