Settlement brings total to $10b; but some lose hope 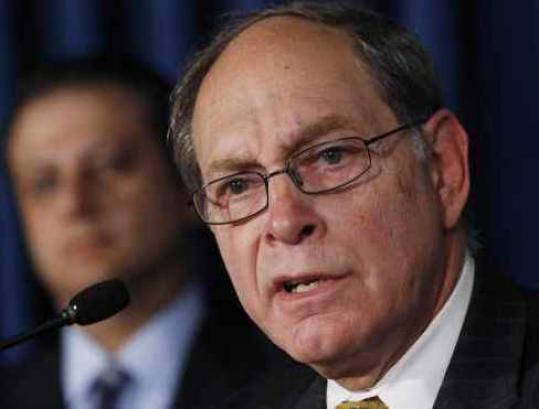 Bernard Madoff’s victims got a glimmer of good news yesterday, as officials won a record $7.2 billion settlement with the estate of philanthropist Jeffry Picower, a client of the convicted swindler who received false profits over 35 years, money that actually belonged to other investors lured into the scheme.

Together with other settlements reached in recent days, including $625 million from Boston philanthropist Carl Shapiro, the money available to repay some of the investors’ losses is growing. But many former Madoff clients still feel deeply singed two years after the massive fraud, and doubt they will ever recover their money.

“I don’t have any hope,’’ said Allan Goldstein of Great Barrington, a 76-year-old former textile company owner who lost his life savings of a few million dollars with Madoff.

With yesterday’s deal, Irving Picard, the trustee charged with recouping assets for victims, and the Department of Justice will have nearly $10 billion to distribute to victims. That’s half the $20 billion that Picard has said investors originally placed with Madoff. Investors believed they had much more in their accounts — as much as $65 billion, after years of fictitious gains.

The losses were a blow to retirees who lost their life savings, as well as to institutions such as the state pension fund, Tufts University in Medford, and the Maimonides School and Congregation Beth Pinchus, both in Brookline. Many victims still see a long struggle ahead.

“Given the large number of investors, it’s uncertain how this will affect any one party seeking recovery,’’ said Kim Thurler, a spokeswoman for Tufts, which lost $20 million. “We are continuing to pursue any options for recovery of our loss.’’

The Picower settlement is the largest yet in the Madoff affair, and represents all the money Jeffry Picower and his wife withdrew from Madoff accounts over nearly four decades. Picower, whose Palm Beach, Fla., foundation was a major contributor to medical research at the Massachusetts Institute of Technology and Harvard University, drowned in his swimming pool last year.

His widow, Barbara Picower, said she was turning over the entire $7.2 billion — even though she believed their legal liability was only $2.4 billion — because it’s what her late husband would have wanted.

“I am absolutely confident that my husband Jeffry was in no way complicit in Madoff’s fraud and want to underscore the fact that neither the trustee nor the US attorney has charged him with any illegal conduct,’’ she said in a statement. She called Madoff’s Ponzi scheme tragic for the victims and said, “It is my hope that this settlement will ease that suffering.’’

Picard had sued Picower in the spring of 2009, accusing the lawyer and philanthropist of accepting investment returns from Madoff that in some years exceeded 950 percent. But yesterday, he backed away from allegations that Picower knew about Madoff’s fraud, saying, “With the benefit of additional records, I have determined that there is no basis to pursue the complaint against Mr. Picower.’’

There’s still a flood of additional money that could become available to victims. Picard is seeking billions more from Wall Street firms and individuals who, he alleged, either profited from Madoff’s scheme or withdrew far more from their Madoff accounts than they originally invested.

In a flurry of lawsuits over the past few weeks, he has targeted London-based banking giant HSBC Holdings for more than $9 billion, Wall Street’s JPMorgan Chase & Co. for $6.4 billion, and Swiss bank UBS for $2 billion. Picard also sued Sonja Kohn, a Vienna banker he called Madoff’s “criminal soul mate,’’ for $15.5 billion. Kohn and the banks have denied the charges.

Given the towering sums Picard is seeking from large institutions, some victims are angry that he is also pursuing smaller investors, who thought they were lawfully withdrawing gains on their money. Lawrence Velvel, dean of the Massachusetts School of Law and a vocal advocate for Madoff victims, said that while he applauds Picard for going after Wall Street firms, “at the same time, he’s going after innocent people.’’

Robert Lappin, a Salem businessman who entrusted millions to Madoff through his foundation and his real estate business, is an example of how complicated these cases can be. His Robert I. Lappin Charitable Foundation lost $8 million, and his employees’ retirement fund lost $5 million, which he later personally reimbursed. At the same time, Picard has sued him to return nearly $2 million in fictitious Madoff gains.

Lappin, 88, declined to discuss the lawsuit but said it was good news that Picard was getting large settlement checks. “Frankly, a year ago I would not have thought that there would be potential for the recovery that now seems to be possible,’’ he said.

Many people are asking what Picard will do if he reaps more than the $20 billion he is seeking. In particular, investors who indirectly placed money with Madoff through investment funds wonder whether any of their money will be returned. Picard said that’s a matter the bankruptcy judge will decide.

Howard Siegel, a Florida resident represented by a Cambridge lawyer, invested in Madoff through the investment firm Beacon Associates, which had tens of millions of dollars invested with Madoff when the fraud was discovered. “This is a significant step forward, and I still have a lot of hope,’’ Siegel said. “But it’s still a long road ahead.’’

Beth Healy can be reached at bhealy@globe.com; Casey Ross at cross@globe.com.

Homes, belongings of convicted swindler sold to recoup funds.
Your comment is subject to the rules of our Posting Policy
This comment may appear on your public profile. Public Profile FAQ