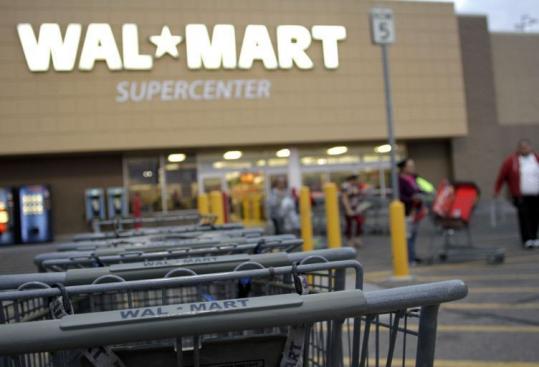 NEW YORK — Wal-Mart Stores Inc., the largest US private employer, plans to stop paying staff in the United States an additional $1 an hour for working Sundays, taking a bite out of its single biggest expense.

The move, which takes effect next year, applies only to employees hired after Jan. 1, spokesman Greg Rossiter said in an interview yesterday. The move wouldn’t affect the Bentonville, Ark.-based retailer’s 1.4 million current US staff.

Since taking over almost two years ago, chief executive Mike Duke has pledged to slow cost growth as the retailer copes with six straight quarters of sales declines at US stores open at least a year. Operating expenses rose to about $80 billion last year, partly because of health benefits.

“It’s sad — people who work on Sunday need that extra dollar,’’ Cynthia Murray, a Wal-Mart employee at a supercenter in Laurel, Md., said in an interview. Murray said she makes $11.20 an hour, and doesn’t work Sundays.

The move won’t apply to employees based in Rhode Island and Massachusetts. Those workers weren’t eligible for the $1 extra pay because they get 1.5 times their hourly rate for Sunday work under state employment laws, Rossiter said. The retailer has 49 stores in Massachusetts and 10 in Rhode Island, according to its website. The change will take effect at Wal-Mart stores, Sam’s Club outlets, and distribution centers.