US works to ease fears on scanners 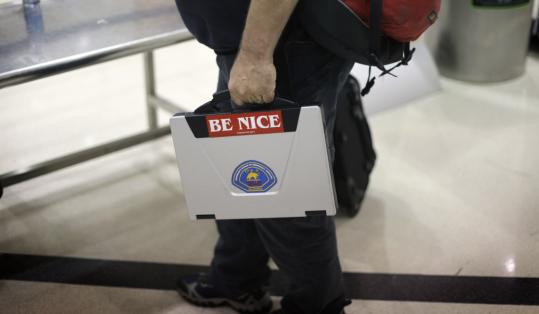 CHICAGO — As the government rolls out hundreds more full-body scanners at airports just in time for crowds of holiday travelers, it is working to reassure the public the machines are safe.

An independent group of experts agrees, as long as radiation doses are kept within the low limits set for the scanners. Still, a few scientists worry the machines might malfunction, raising the risk of cancer.

The Transportation Security Administration says radiation from one scan is about the same as a person would get from flying for about three minutes in an airplane at 30,000 feet, where atmospheric radiation levels are higher than on the ground. That amount is vastly lower than from a single dental X-ray.

You would have to go through scanners more than 1,000 times in a year to meet the maximum recommended level, a number that even pilots do not reach.

Yet concerns have surfaced among some passengers, flight crews, and a few scientists.

“The thing that worries me the most is what happens if the thing fails in some way’’ and emits too much radiation, said Peter Rez, an Arizona State University physics professor. The risk of failure is higher than in a hospital because the machines are operated more often and by workers without medical training, Rez said.