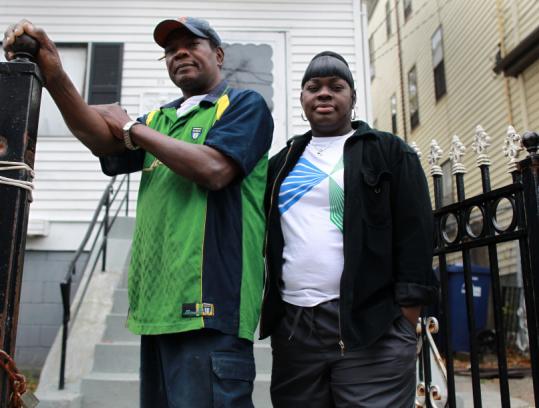 Zepheniah Taylor lost his Dorchester three-decker to foreclosure two times in 17 months. Now the 59-year-old grandfather has returned home to stay. The scenario, once implausible, is becoming more common in the crazed and fast-changing world of foreclosures.

Hundreds — and possibly thousands — of Massachusetts homeowners are facing back-to-back foreclosures as lenders realize there were problems with property titles the first time around. Those lenders, often unable to obtain title insurance, are opting to start from scratch with what is being called a “re-foreclosure.’’

The prospect of going through a foreclosure all over again may seem nightmarish for homeowners, but in a growing number of cases the do-overs are creating opportunities for them to repossess their homes.

Such was the case with Taylor, who decided to fight the second foreclosure. The tactic paid off: He won the right to repurchase the home at current market value.

“I’m starting over fresh,’’ said the father of eight and grandfather of nine. “It feels good. It is a new chance.’’

Not all tenants enjoy such an outcome, however, and those who receive notice of a re-foreclosure often are confused.

“They are weirded out,’’ said Zoe Cronin, a staff attorney with Greater Boston Legal Services, which provides legal representation to low-income people. Cronin said she knows of about a dozen recent re-foreclosures. “I’ve met former owners [who are] saying, ‘What is this? I got a letter saying I own my house again,’ ’’ she said.

The recent burst in re-foreclosures can be traced to a 2009 Massachusetts Land Court ruling that called into question the validity of a home’s ownership in cases where foreclosure paperwork was incomplete or inaccurate.

The finding is now being reviewed by the state Supreme Judicial Court. Its decision could determine whether tens of thousands of homes with foreclosures in their backgrounds have valid titles.

At issue is who technically owns a property on the day it is seized by a lender. It’s often difficult to know for sure because during the housing boom millions of mortgages were bundled into bonds and sold to investors. That process, repeated over and over, created a twisted paper trail. As the number of foreclosures increased dramatically across the nation, the morass worsened.

Many lenders believed they could still proceed with a foreclosure and later sort out the legal mess by proving they held the mortgage. That premise was rejected by the Land Court.

While it is unclear how many property takings have been done over, Elizabeth J. Barton, chairwoman of the Massachusetts Bar Association’s Foreclosure Legislation Task Force, estimated the number could total in the thousands, based on action taken by lenders that was prompted by last year’s Land Court decision.

She said lenders are primarily targeting properties for which they have been denied title insurance because the original foreclosure did not comply with the court’s ruling.

“Title insurance companies hesitate to extend protection to a loan that violates the ruling,’’ said Barton, title counsel at Connecticut Attorneys Title Insurance Co., which has offices throughout New England. “A lot of lenders have had to re-foreclose.’’

The problem of cloudy title histories also is providing a boost to an increasing number of homeowners who are going to court to force lenders to prove they have a legal right to seize their properties.

Typically, homeowners argue against foreclosures by citing what they believe to be lenders’ shoddy paperwork and fraudulent documents. Concerns about such practices recently prompted 50 US attorneys general to spearhead an investigation into foreclosure practices, while some major lenders — including the nation’s largest, Bank of America Corp. — temporarily halted foreclosures to scrutinize their own practices.

Housing advocates argue that even if homeowners have not paid their mortgages — which is almost always the case by the time a foreclosure is underway — lenders must still be able to prove they have a right to a property before taking it.

“Banks are less and less anxious to go forward in front of a jury,’’ said Maureen McDonagh, a director at the WilmerHale Legal Services Center of Harvard Law School, a Jamaica Plain-based organization that provides legal help to low-income people. “People don’t trust the industry.’’

Taylor’s foreclosure story began like millions of others nationwide. He and his daughter, Suzette, refinanced their mortgage in 2004 with a subprime loan, the kind of toxic debt that pushed the US economy into a tailspin in 2008. They borrowed $325,000 from Ameriquest Mortgage Co., at a two-year fixed rate of 6.99 percent. Taylor lived on the first floor with four of his children and two grandchildren; Suzette lived on the second floor, with her three children.

When the mortgage reset in 2006, monthly payments rose to more than $3,000, from $2,160. That was too much for Taylor, who worked as a handyman at a local nonprofit and Suzette, a restaurant cashier. They tried to renegotiate the loan and even attempted to sell the property as a way out. Neither tactic worked, and in March 2008 the foreclosure went through.

Or so they thought. The tangled foreclosure process came to work in the Taylors’ favor.

Public records at the Registry of Deeds show that Wells Fargo, not Ameriquest, actually foreclosed on the home. That’s because the mortgage had been bundled into an asset-backed security and sold by Ameriquest, which did not file paperwork indicating the transfer to Wells Fargo until two months after the foreclosure.

Wells Fargo said it could not comment on the Taylors’ situation because it only served as the trustee to the loan. The bank referred questions about the dual foreclosures to the company that serviced the loan, HomEq Servicing, which was sold earlier this year, leaving no one to respond to questions about particulars of the case.

In June 2009 — more than a year after the foreclosure — the Taylors received a letter from Wells Fargo saying they were being foreclosed upon again. Just as before, their attempts to work out a deal with the lender went nowhere.

The Taylors decided it was finally time to go. Zepheniah moved to an apartment with three of his sons; his adult daughters found separate apartments with their young children.

But the story did not end there.

Soon after the family left the three-decker, community activists from City Life/Vida Urbana knocked on the door. It was part of a canvassing effort by the Jamaica Plain housing group to urge residents to remain in foreclosed homes and fight eviction.

They found a tenant upstairs and left a message for the Taylors — come home now.

Zepheniah Taylor heeded their call and returned several months after leaving. He challenged the eviction in Boston Housing Court with the help of attorneys from Greater Boston Legal Services, claiming Wells Fargo made additional errors in the second foreclosure and still could not prove it had clear title to the home.

Judge Jeffrey M. Winik postponed the Taylors’ eviction to allow the case to go to Land Court. But Wells Fargo instead sold the house to a nonprofit lender, Boston Community Capital, for $188,000. The nonprofit resold it to Taylor and another adult daughter, Tisa, for $233,900 — about $91,000 less than the 2004 mortgage.

Taylor lives on the first floor with three sons — ages 9, 19, and 22. He rents out the second floor and is renovating the third.

Housing advocates say the Taylors prevailed mostly because they were tenacious.

“The problem is that so many of the homeowners already moved out and didn’t know the foreclosures were unlawful,’’ said Nadine Cohen, managing attorney for the consumer rights unit at Greater Boston Legal Services. “Those are the people who have really been harmed in all of this.’’