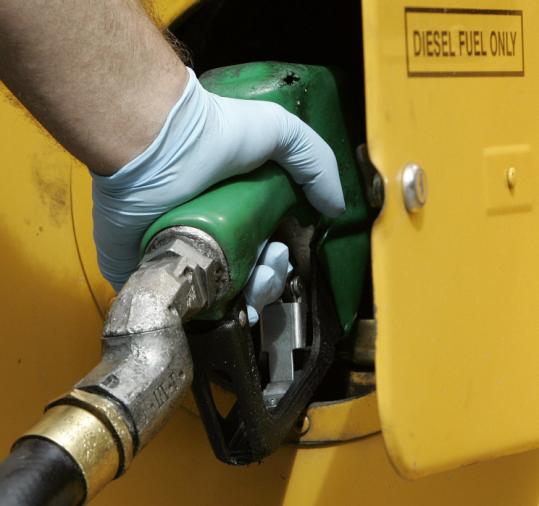 WASHINGTON — Future tractor-trailers, school buses, delivery vans, garbage trucks, and heavy-duty pickup trucks would have to use less energy under fuel-efficiency rules proposed by the Obama administration — the first ever for such vehicles.

The Environmental Protection Agency and the Transportation Department are moving ahead with a proposal for medium- and heavy-duty trucks, beginning with those sold in the 2014 model year and into the 2018 model year.

The plan is expected to call for about a 20 percent reduction in greenhouse gas emissions and fuel consumption for long-haul trucks, said people familiar with the plan. They spoke on condition of anonymity because they did not want to speak publicly before the official announcement, expected today.

Overall, the proposal is expected to seek reductions of 10 to 20 percent in fuel consumption and emissions, depending on vehicle size. Large tractor-trailers tend to be driven up to 150,000 miles a year, making them candidates for improved mileage.

The rules would cover big-rig tractor-trailers, “vocational trucks’’ such as garbage trucks and transit and school buses, and work trucks such as heavy-duty versions of the Ford F-Series, Dodge Ram, and Chevrolet Silverado.

The White House has pushed for tougher fuel standards as a way of reducing dependence on oil and cutting greenhouse gas emissions, which are linked to global warming.

Medium-duty and heavy-duty trucks are much less fuel-efficient than conventional automobiles; tractor-trailers typically get about 6 to 7 miles per gallon, while work trucks can achieve 10 to 11 miles per gallon. But they still consume about 20 percent of the transportation fuel used in the United States.

Margo Oge, director of the EPA’s Office of Transportation and Air Quality, last week told reporters that the proposed rules would be a “win-win situation for the country, the economy, climate change, and energy security.’’

She declined to release details.

Improvements in fuel efficiency are expected to be achieved through a combination of more efficient engines, improved aerodynamics, and better tires.