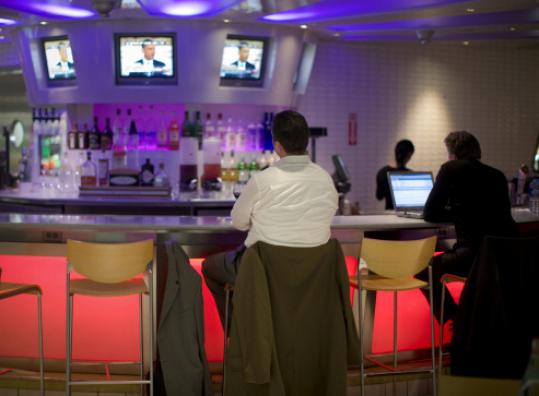 The Boston City Council cleared the way yesterday for vendors at Logan International Airport to be granted special liquor licenses, potentially freeing up 13 sought-after liquor licenses being used at the airport to establishments throughout the city.

Currently 40 vendors at the airport, including restaurants and airline clubs, share 13 regular liquor licenses. If the special license rule goes through, each Logan vendor would have to purchase a new airport license — $2,500 for an all-inclusive license, $1,000 for beer and wine only — and the city licenses would be sold to Boston establishments outside the airport.

The proposal will go to the state Legislature and the governor for approval.

Having 13 licenses freed up at once would be a boon for bars and restaurants in the city. The number of liquor licenses in Boston is strictly capped, which drives up the market value for the 1,080 liquor licenses in circulation. Those for all types of alcohol can fetch as much as $300,000.

“I have some clients who would likely be interested in one of the 13 licenses,’’ said Matthew Fogelman, a Newton lawyer who specializes in alcohol beverage licensing throughout the state.

The Massachusetts Port Authority, which runs Logan, requested the special airport license to make the administrative process simpler. Several airport operators, including Legal Sea Foods, have their own licenses, and the rest share two licenses that belong to Logan terminal retail managers Airmall Boston and Westfield Concession Management — an arrangement that has become more complicated as more vendors have moved in.

The new airport license would make it easier to determine who should be held accountable for complying with requirements, said Lowell Richards, chief development officer for Massport.

“Every place where liquor is served, the holder will be clearly and by name responsible,’’ Richards said.