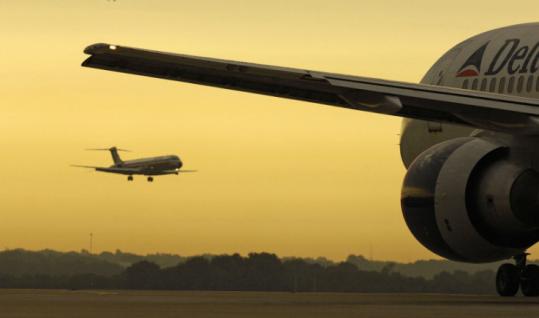 Boston would get twice-daily service to Heathrow, Europe’s busiest airport, and Miami would get daily flights, Delta said yesterday. The Atlanta-based carrier said it has applied for clearance from the European Commission and the US Department of Transportation.

Delta’s London expansion would step up competition with Fort Worth-based American as the carriers try to gain market share in New York. Delta, the world’s largest airline, said Aug. 18 that it would add a second Heathrow flight several days a week to its hubs in Atlanta and Detroit.

American, the second-largest airline in the United States by passenger traffic, serves Heathrow from its hub in Miami and from Boston.