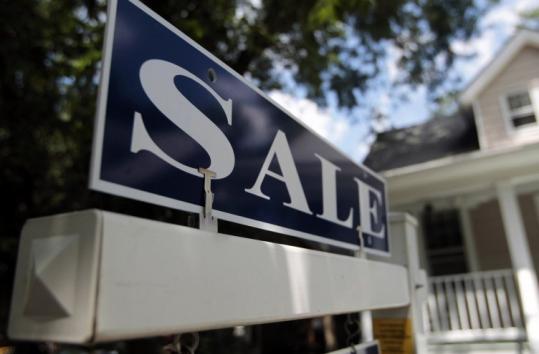 Though the outlook for housing remained bleak, sales figures weren’t as poor as analysts had expected. (Molly Riley/Reuters)
By Associated Press July 23, 2010

WASHINGTON — Sales of previously occupied homes fell in June and are expected to keep sinking, indicating that the housing market’s troubles are likely to drag on the economic recovery.

But even as the outlook for the housing industry remained bleak, the sales figures weren’t as poor as analysts had expected. And traders expressed new optimism in the economic recovery after a flurry of strong earnings reports suggested many companies might be ready to step up hiring soon. That would lead consumers to spend more.

The realtors report counts home sales once a deal closes. Last month’s report captured some buyers receiving federal tax credits of up to $8,000 that boosted sales this year. Buyers initially had to close their purchases by June 30, but Congress extended the deadline to the end of September.

Since the tax credits expired, the number of people buying homes has fallen sharply, despite lower prices and the lowest mortgage rates in decades. The situation has been worsened by high unemployment, tight lending standards, and rising foreclosures.