Seven-year ban would punish such borrowers 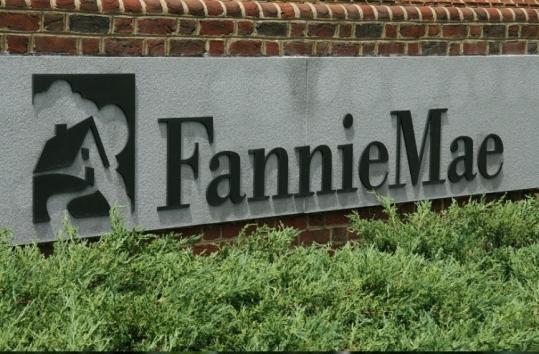 “Walking away from a mortgage is bad for borrowers and bad for communities,’’ said Terence Edwards, a Fannie Mae official. (AFP/Getty Images/File)
By Eileen AJ Connelly Associated Press / June 24, 2010

NEW YORK — Government-sponsored mortgage purchaser Fannie Mae, trying to encourage distressed homeowners to find alternatives to foreclosure, would punish those who walk away by preventing them from getting new loans for seven years.

Troubled borrowers who do not try in good faith to work out a deal but have the capacity to pay are targeted by the policy disclosed yesterday.

“Walking away from a mortgage is bad for borrowers and bad for communities, and our approach is meant to deter the disturbing trend toward strategic defaulting,’’ said Terence Edwards, executive vice president for credit portfolio management.

A strategic default occurs when a homeowner stops making payments on a mortgage despite being able to do so. It has become increasingly common in communities where housing values fell sharply and homeowners are “underwater,’’ or owe more than their houses are worth.

Fannie Mae said that in locations where the law allows, it also plans to take legal action to recoup outstanding mortgage debt from borrowers who strategically default. The company plans to instruct its servicers to monitor delinquent loans facing foreclosure and recommend cases to pursue for such judgments.

A spokesman for fellow government-backed mortgage buyer Freddie Mac said its current policy requires at least a five-year wait. Freddie Mac will “take a close look’’ at the new Fannie policy, said spokesman Brad German. “We’ll consider it in light of current market conditions in order to manage our risk as effectively as possible.’’

Fannie and Freddie were created by Congress to buy mortgages from lenders and package them into bonds that are sold to investors. They own or guarantee almost 31 million home loans worth about $5.5 trillion, about half of all mortgages.

The wave of foreclosures affecting Fannie and Freddie loans has caused a major problem for the US government, which effectively guarantees the loans.

The government seized control of Freddie and Fannie in September 2008, a rescue that has cost taxpayers $145 billion so far. The two companies show no signs of becoming self-sufficient.

In announcing the new policy, Fannie Mae said homeowners who make a good faith effort to resolve their situation with their mortgage companies, and those who have extenuating circumstances, will be eligible for new loans in a shorter time period. The company did not detail how long the wait might be.