Menino unveils plan to track heat leaks from all buildings 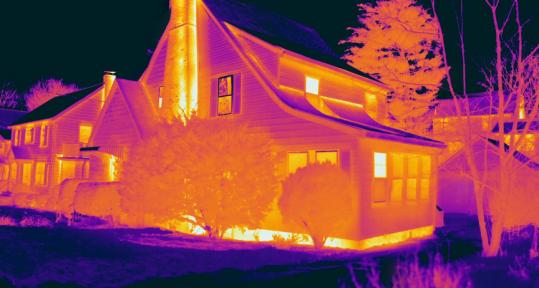 In an effort to spur a citywide move toward energy efficiency, Boston officials plan to use infrared scans to raise awareness of how much heat is escaping from the city’s homes and businesses.

The infrared scans, which will cover every square foot of Boston, will be the first of their kind in a major American city, according to Nelson. Infrared cameras will capture the images from aircraft and at street level. The city plans by early August to hire a firm to oversee the project, and the work will probably be completed by the end of next year.

At a press conference to unveil the project yesterday, Mayor Thomas M. Menino said infrared scans will “drive home how important energy efficiency is to your bottom line.’’

Menino said the clean technology industry in Boston is growing at an an nual rate of about 20 percent, more quickly than traditionally strong economic sectors such as health care and financial services. He called green technology “the economy that will turn us around in America today.’’

Sanjay Sarma, a mechanical engineering professor at the Massachusetts Institute of Technology, compared the infrared scans to prospecting for oil, except businesses will search for heat leaks instead of oil reserves.

“The American home is often referred to as the Saudi Arabia of energy efficiency,’’ Nelson said. “There’s so much to be capped.’’

A $70,000 grant from the Barr Foundation, a private philanthropic organization in Boston, will fund the project. Earlier this year, the foundation committed $50 million in grants to combat climate change.

After the event yesterday, Nelson said several European cities and a small Midwestern town have already conducted infrared scans with great success. After the community sent all homeowners infrared images of their homes, enrollment in energy efficiency programs spiked.

Nelson said Boston officials are planning a campaign to publicize the infrared-scan program.

“This really does result in billions of dollars in energy savings,’’ said Nelson, citing an April report by the Boston Climate Action Leadership Committee, a 22-member group formed last year by Menino. The report projected that through various energy efficiency efforts, Boston businesses and residents could save more than $2 billion over 10 years.

Representatives from about a dozen clean-technology businesses attended yesterday’s event at the Boston Marine Industrial Park on the South Boston Waterfront promoting the program.