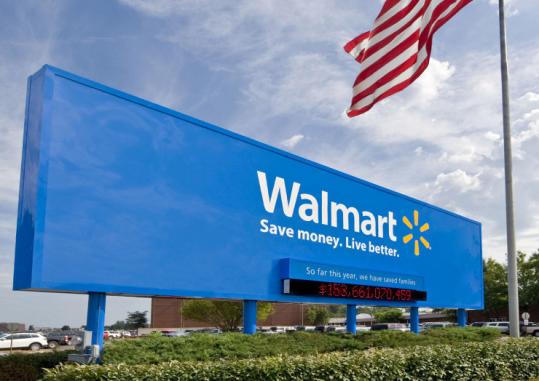 A Wal-Mart executive says the worker college plan grew out of a commitment to cultivate talent within the company. (Wal-Mart Stores Inc. via Associated Press)
By Chuck Bartels Associated Press / June 4, 2010

LITTLE ROCK, Ark. — Wal-Mart Stores Inc. unveiled a program yesterday in which its workers can get college credit from the online American Public University and receive a tuition discount from the school.

The company also said it will commit $50 million over three years to help workers pay for books and tuition. After the reduction, tuition will cost $212.50 per undergraduate credit hour and $255 for graduate credits.

Wal-Mart’s chief administrative officer, Tom Mars, said the program grew out of a larger commitment to cultivate talent within the company. The plan is open to domestic workers at Wal-Mart and Sam’s Club stores.

“We wanted to create a new way of thinking about what we call associate opportunity,’’ Mars said.

Ledlie said Wal-Mart looked at 81 colleges, including brick-and-mortar schools, and found American Public University, based in Charles Town, W.Va., to be the best fit.

Wal-Mart workers receive job training in areas ranging from ethics to retail inventory management, for which they can receive credit, she said.

Sara Martinez Tucker, a former US undersecretary of education who is on Wal-Mart’s external advisory council, said Wal-Mart would have had to form a tremendous coalition of schools to offer a similar program through local community colleges and universities.

Tucker said it is helpful to employees because they don’t have to apply for reimbursement from their employer. Students won’t have to pay for credits awarded based on their training.

American Public University, with about 70,000 students, offers more than 100 certificate and degree programs.

The credit for training can be applied mainly to business- and retail-related courses. Wal-Mart said the school will have evaluated for credit jobs held by 70 percent of Wal-Mart workers by 2012. That covers about 1 million workers.