A beloved beer bubbles back 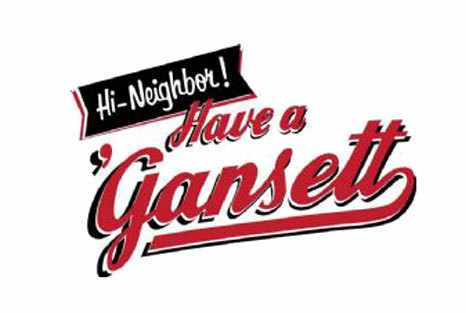 There’s nostalgia brewing in bars and backyards around New England: Narragansett Lager, the beer with a 120-year legacy that slid off the radar in the 1970s, is not only back, it’s taking center stage.

Five years after being acquired by a lifetime New England resident, Narragansett is distributed in every New England state except Vermont, and the number of stores that carry it is up 60 percent over last year to almost 1,300 shops in the region.

By volume, it’s the fastest-growing beer in Massachusetts, inching up to the 17th-biggest beer supplier in the state, up from 28th a year earlier. In the Bay State alone, the company doubled its sales between April this year and the same month in 2009.

For Mark Hellendrung, who purchased Narragansett in 2005, the beer’s comeback was a matter of necessity. Many regions have a longstanding, inexpensive macrobrew: Texans have Lone Star, and Yuengling, from the oldest family-run brewery in the country, has long been a Pennsylvania bedrock.

“People grow up and die here in New England. They have generations of families,’’ said Hellendrung, a Middletown, R.I., resident who’s the former president of Nantucket Nectars, and previously ran sales for Magic Hat, a craft brewery in Vermont. “If any region deserves its own beer, it’s New England.’’

Hellendrung had the idea to purchase the brand in 2003, when he dropped into a bar in Newport, R.I. A patron’s simple “I’ll take a ’Gansett’’ request prompted many in the bar to share stories about their memories of drinking Narragansett or, in one case, working at the brewery. Hellendrung realized a business opportunity in what he describes as a “deep emotional brand that was untapped.’’

Indeed, the beer was the official sponsor of the from 1946 through 1975. The iconic sports announcer Curt Gowdy welcomed listeners to each game’s broadcast with “Hi, Neighbor. Have a ’Gansett.’’

But in 1965, Falstaff Brewing Corp. bought Narragansett and its historic Cranston brewery. The Midwest-based company planned to bring its beer to New England and Narragansett to the rest of the country, but economic troubles struck. Falstaff closed the original facility in 1983 and production was moved to Indiana, where a new recipe was implemented. Sales slid.

After Hellendrung acquired the rights to the brand with 15 investors (a contingent that’s grown to about 100), he sought out Bob Anderson, the master brewer in charge when the Cranston brewery was shuttered. Together, they recreated the original formula for the lager, which is now produced in Rochester, N.Y. The beer scored a bronze medal in the 2008 World Beer Cup and it’s the highest-rated domestic lager at Beer Advocate, a magazine and online social network for beer fans.

Narragansett spends less than $100,000 annually on advertising, but the beer’s marketing push taps heavily into nostalgia for its roots.

For starters, there’s the packaging. Hellendrung enlisted Quaker City Mercantile, a Philadelphia ad agency that’s worked with brands like Puma, to create the branding. The updated logo takes its cues from various eras: A medallion on the logo is inspired by a stained glass window at the original brewery, for instance, and the slogan, “Made on honor; Sold on merit,’’ is reminiscent of soldiers returning home from war.

“Narragansett doesn’t have money to advertise and that’s fine because throwing a bunch of money into advertisements doesn’t do anything anymore,’’ said Steven Grasse, president of Quaker City, who’s also an investor in the brand.

Grasse said he finds organic, almost underground marketing has a longer reach than the in-your-face exposure, especially for small brands. “Narragansett doesn’t have a corporate website, what I call a ‘brochure site.’ It’s low-tech and fun,’’ he said, noting Hellendrung’s personal blog, where he sounds off about the industry.

The approach seems to be working. “My uncle would always bring Narragansett to family parties and tell me how awesome it is,’’ said Brian Bourque, a 22-year-old graduate student who approached the Narragansett table in April at the Park Plaza Castle in Boston at the Beer Summit, a consumer event that primarily showcases craft beers. “It has character. I can relate to it. I feel like Narragansett is my home.’’

Renée Richardson Gosline, assistant professor of management science and marketing at MIT’s Sloan School of Management, said Narragansett’s appeal is part of a broader trend of brands playing up their legacies. “It’s authentic, not something that was made up in a board room,’’ she said, adding that people are “looking for brands with a story or myth.’’

Hellendrung said the company is looking to expand, mapping out plans to build a brewery that he hopes to open by the second quarter of 2011. He’s scouting for locations in Massachusetts and Rhode Island, and a viral campaign is underway to build support for constructing a brewery in New England.

But he acknowledges it’s an ambitious plan: In its heyday, the brand was selling 7.5 million cases a year, and it would ultimately have to sell about that much today to turn a profit.

In the meantime, Narragansett continues to grow in people’s minds.

Uzay Tumer, director of food and beverage at the new Ames boutique hotel in Boston, said Narragansett cans have been on his menu for $3 at the hotel’s trendy Woodward Tavern since November.

“It’s made a great comeback,’’ Tumer said. “There’s nothing like seeing suits from the Financial District pounding Narragansett at 5:30 in the afternoon.’’

Weisstuch can be reached at lizashayne@yahoo.com.

Narragansett commercials from years past

photos Mass. breweries and their top beers photos Drinking around the world with Zane Lamprey
Your comment is subject to the rules of our Posting Policy
This comment may appear on your public profile. Public Profile FAQ