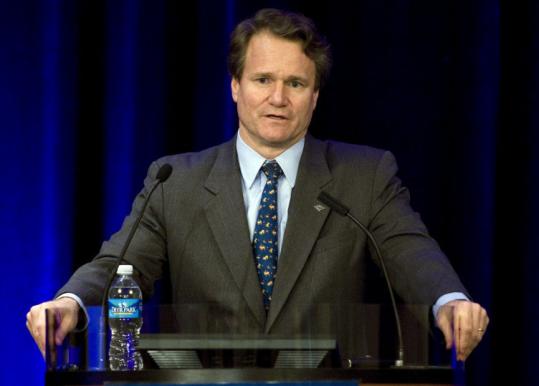 CHARLOTTE, N.C. — Bank of America Corp., the largest US bank by assets, plans to boost its procurement spending on small, mid-size, and minority-owned businesses by $10 billion over the next five years to help support job growth.

The lender is spending $1.9 billion this year and pledges to spend at least $2 billion annually over the next five years, chief executive Brian T. Moynihan said yesterday. Suppliers targeted by the company, which has more than 5,900 US offices and employs about 280,000 people, include ad agencies, furniture sellers, and law firms.

“It’s the right thing to do, and we know that what small businesses need now is more business,’’ Moynihan said.

US programs to stabilize the financial system have not significantly boosted small-business lending, the Congressional Oversight Panel said in a May 13 report. Small-business loan balances at the 22 largest banks that received US rescue funds fell 4.6 percent between April 2009 and November 2009, according to the report.

Bank of America benefits by aiding small and mid-size businesses, which make up a key customer base, while addressing Obama administration pressure on large companies to buy more from small and minority-owned companies, said Kurt Albertson, at Hackett Group, a Miami-based business consulting firm. The bank’s plans counter the trend toward using fewer and larger suppliers, he said.