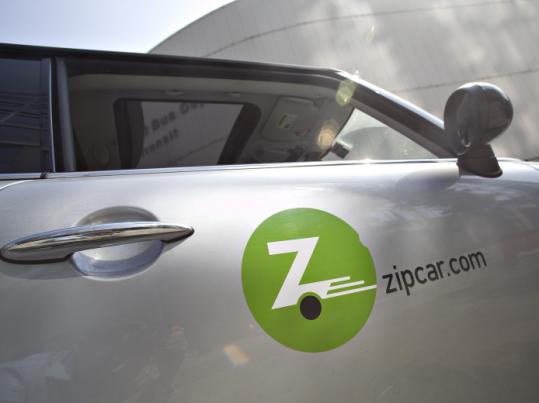 Cambridge-based Zipcar Inc. has filed for an initial public offering worth up to $75 million, a move that was greeted with skepticism by some financial analysts, who question why a company that is seen as a darling of the local start-up world has not turned a profit in a decade.

In documents filed yesterday with the Securities and Exchange Commission, Zipcar did not say how many shares it plans to sell or give an expected price range. But the world’s largest car-sharing service reported it has been losing money since it was founded in 2000 and expects losses this year.

“The IPO is not going to solve their net income problem,’’ said Andrew White, chief financial officer at the North Carolina financial analysis company Sageworks Inc. “You should be able to make a company profitable in 10 years.’’

The $254 million car-sharing industry in North America is growing fast and is expected to top $3 billion by 2016, with membership topping 4.4 million, according to the consulting firm Frost & Sullivan.

The profit margin for such companies is not high, said David Zhao, an analyst at Frost & Sullivan Automotive Practice, but growing aggressively will help Zipcar maintain its market dominance over competitors like Hertz Global Holdings Inc., which recently got into the car-sharing business.

“They are waiting for the market to get mature,’’ Zhao said.

Zipcar calls its business car sharing because its 7,000 vehicles are available at many locations, all of them self-serve, and are rented by the hour, and some by the day, gas and insurance included. Customers pay an annual membership fee.

In April, it acquired Streetcar Limited, the largest car-sharing company in the United Kingdom.

But Zipcar is $56.4 million in debt and expects to “incur significant future expenses’’ as it continues to expand. The company plans to use the money from the offering to pay off its debt, as well as to develop new services and expand the fleet.

And the offering comes when there isn’t a big appetite for IPOs. Investors have been skittish as the Dow lurches up and down and European markets shudder, and several offerings have been postponed or decreased.

“I wouldn’t say it’s a scary place right now, but it’s definitely waning,’’ said Bill Buhr, an IPO strategist for the Chicago research firm Morningstar Inc., who added that the $75 million offering is a relatively low one.

To succeed in this cautious environment, Zipcar needs to show investors its long-term potential, Buhr said — a tough sell when it isn’t pulling in a profit. But it makes sense for Zipcar to get its IPO on the books and gauge the reaction, he added, especially as people grow more interested in driving less to protect the environment.

That doesn’t necessarily translate into profits, however. “It’s a good thing that they’re doing for the world,’’ White said. “It would be nice if they could figure out how to make money doing it.’’