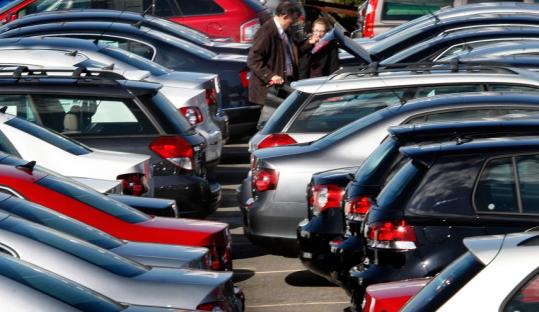 Groups representing auto dealerships say dealers should not face new consumer regulation because they did not cause the lending crisis. (Globe File Photo)
By Megan Woolhouse Globe Staff / May 22, 2010

As Congress starts crafting a final version of the financial overhaul bill, one major issue seems a long way from Wall Street: Whether auto dealerships should be exempted from oversight by a consumer protection agency that would be created by the legislation.

The House version of the bill includes an exemption for auto dealerships, added last fall by Republican John Campbell of California. There is no such language in the Senate bill.

The National Automobile Dealers Association said the industry should not face additional regulation because it did not cause the financial crisis that created the need for drastic reforms.

Industry lobbyists have been aggressive in their efforts to have the exemption added to the final wording of the financial overhaul law, which will be considered in coming weeks by a House and Senate conference committee.

“To throw us under the bus along with these Wall Street practices is insane,’’ said Robert O’Koniewski, executive vice president of the Massachusetts State Auto Dealers Association. “We’re not part of the problem.’’

The new consumer agency would have broad authority to write and en force rules governing financial products, such as mortgages, credit cards, and payday loans. Details about the size of the agency and how it would be structured must still be worked out, Frank said.

O’Koniewski said that while the dealerships facilitate financing for buyers, they do not actually lend money. The industry is adequately overseen by the Federal Reserve Board, the Federal Trade Commission, and the state attorney general’s office, he said, making the new regulations “onerous.’’

Frank, who is chairman of the House Financial Services Committee, said he voted against the exemption last fall, but it passed anyway. A similar amendment proposed by Senate Republican Sam Brownback of Kansas never made it into the final Senate version.

“I was not for treating them harsher than anybody else,’’ Frank said of auto dealers. “And I didn’t want to treat them more leniently.’’