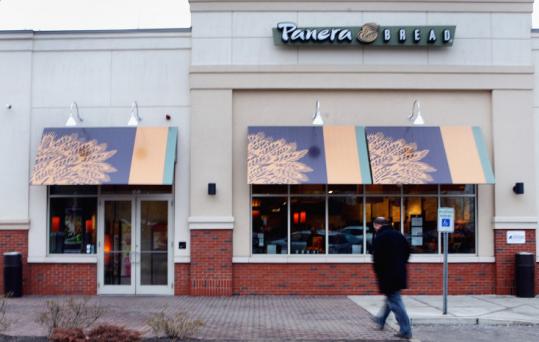 Panera may expand its nonprofit store program around the country if a pilot program in Missouri is successful. (Wendy Maeda/ Globe Staff)
Associated Press / May 19, 2010

CLAYTON, Mo. — Panera Bread Co. is asking customers at a new restaurant to pay what they want.

The national bakery and restaurant chain launched a new nonprofit store here this week that has the same menu as its other 1,400 locations. But the prices are a little different — there aren’t any. Customers are told to donate what they want for a meal, whether it’s the full suggested price, a penny, or $100.

The new store in the upscale St. Louis suburb of Clayton is the first of what will Panera hopes will be many around the country. Ronald Shaich, Panera’s chief executive until last week, was on hand at the new bakery Monday to explain the system.

The pilot restaurant is run by a nonprofit foundation. If it can sustain itself financially, Panera will expand the model around the country within months. It all depends on whether customers will abide by the motto that hangs above the deli counter: “Take what you need, leave your fair share.’’

Other nonprofits have opened community kitchens, where customers set the price, and the idea has spread among food enthusiasts and philanthropists. But Panera brings new scale to the idea — its community restaurants will use the company’s distribution system and have access to its national food suppliers.