THIS STORY HAS BEEN FORMATTED FOR EASY PRINTING
Globe 100

The recession winnowed the numbers on this year's ranking to 82. But the companies that made the cut faced the storm head on. 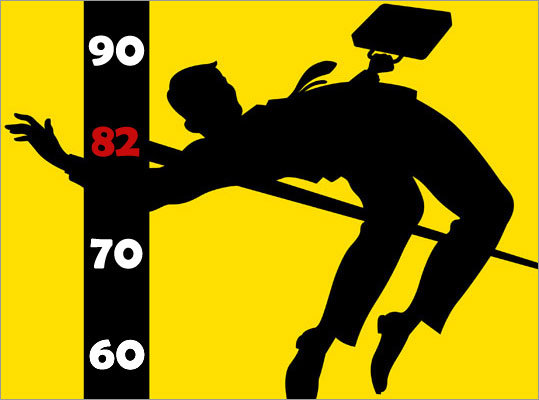 There is no shortage of numbers to measure the stress endured last year, during the worst economic downturn since the Great Depression. Climbing unemployment, sinking sales, and growing bankruptcies all contributed to the grim calculation.

For the past 22 years, The Boston Globe’s annual survey of the best-performing public companies in Massachusetts has highlighted the achievements of the state’s 100 top companies through the best and the worst of times.

The Globe 100 list for 2010 is dramatically short for the first time ever because so many Massachusetts companies struggled through the recession and became ineligible for consideration. Every business must clear a specific series of financial performance hurdles to qualify for the Globe 100, an accomplishment just 82 companies achieved this time.

The number and variety of companies that could not make the grade speaks volumes about the economic headwinds they faced. Companies large and small, working in many different industries, failed to make this year’s list. The ranks of the missing range from financial giant State Street Corp. to basic industrial companies like Cabot Corp. of Boston to biotech businesses like Alkermes of Watertown and Repligen Corp. of Waltham.

Nearly all of the companies missing from this year’s list were unable to meet the Globe 100’s longstanding requirement of profitability in each of the previous two years. Among 212 companies that were candidates for the list, 58 percent lost money in 2009 or the previous year. Sixty-four lost money in both years prior.

That’s how tough business has been. But the large number of companies that failed to qualify for this year’s list also underscores the impressive accomplishment of the 82 entries that made the grade.

Many of the companies ranked high on this year’s list were also near the top of the Globe 100 last year, demonstrating a toughness and consistency that served them well. Nine companies among this year’s 20 highest entries were also top 20 companies last year. Three of the top four this year were among the 10 highest-rated companies on last year’s list.

One clear trend on this year’s list should come as no surprise. Companies that deliver for customers seeking lower prices and better values did exceptionally well in the rankings.

Exhibit A: this year’s top company, TJX Cos. of Framingham. The company that specializes in off-price apparel at TJ Maxx, Marshalls, and other stores drove sales and profit sharply higher in 2009. TJX shares soared 77 percent during the year.

Other retailers that appeal to cost-conscious consumers also appear prominently in this year’s Globe 100. BJ’s Wholesale Club of Natick, the warehouse club retailer, comes in at number 15, while Staples of Framingham, the office superstore company, is number 19 .

Just making the Globe list this year was an accomplishment, but companies that managed to climb back on the list, or attain the distinction for the first time amid a deep recession, deserve special recognition.

Last year, the Globe 100 included 27 companies that had not appeared on the previous list. In 2008, there were 25 companies fitting that description. This year, just six companies can claim that distinction.

Idera Pharmaceuticals, the Cambridge drug company ranked eighth on this year’s list, is the one of those companies. It is joined by Art Technology Group of Cambridge, Kopin Corp. of Taunton, athenahealth of Watertown, American Dental Partners of Wakefield, and Netezza Corp. of Marlborough.

This year’s Globe list was the first to honor fewer than 100 companies, but it may not be the last. The two-year profitability rule will eliminate many companies that recover and produce earnings in 2010.

Still, the economy is clearly improving, and more companies are reporting better financial results. That kind of recovery is what it will take to put the 100 back in Globe 100.

Steven Syre can be reached at syre@globe.com.