What you can save if you put your mind to it 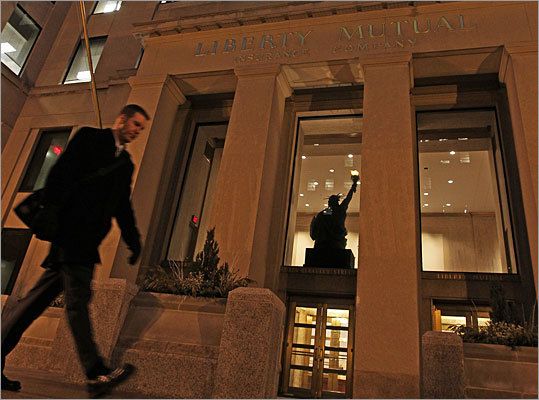 Established in Boston in 1912, insurer Liberty Mutual today has more than 45,000 employees worldwide, with nearly 10 percent in Massachusetts. In years past, the company consumed numerous resources — paper and electricity — but for several years, it has made a concerted effort to cut back through a number of green programs. In 2009, the company: