The footprint is smaller, but the paycheck is bigger 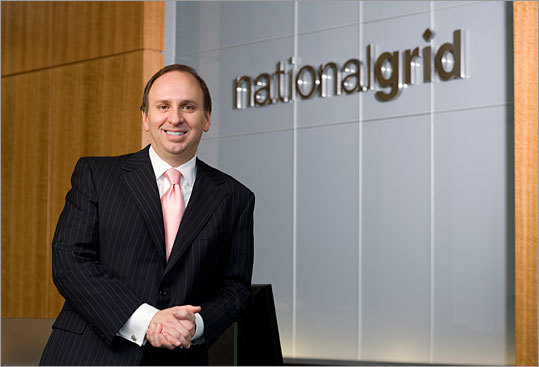 Last year, National Grid’s top 10 officials in the United States and Britain joined a growing number of executives whose compensation is tied to meeting environmental goals.

Top executives at the utility, which serves 1.2 million electricity customers in Massachusetts, forfeit 5 percent of their “at-risk’’ pay if they don’t meet annual carbon-reduction targets, which are aimed at cutting 80 percent of the company’s 1995 carbon footprint by 2050, said Tom King, president of National Grid’s US operations.

“It most definitely had an impact,’’ King said of the financial incentive to be greener. “Whether it’s investment meetings, capital allocations, et cetera, embedded in the dialogue is, ‘What’s the carbon footprint of this particular investment? What actions are we going to take to reduce that carbon footprint?’ ’’

To aid the effort, National Grid keeps an inventory of its total carbon emissions, including pollution produced by the utility’s buildings, its vehicles, and the transmission lines it operates. The numbers, King said, help executives make sound business decisions.

“We’re making assumptions on what we will invest in and what we will not depending on the carbon footprint of that investment,’’ he explained.

For example, as they hashed out National Grid’s budget last year, executives refused to allow an upgrade of the vehicle fleet unless the company purchased more hybrid and plug-in cars.