THIS STORY HAS BEEN FORMATTED FOR EASY PRINTING
Globe 100 | No. 2 - Raytheon Co. 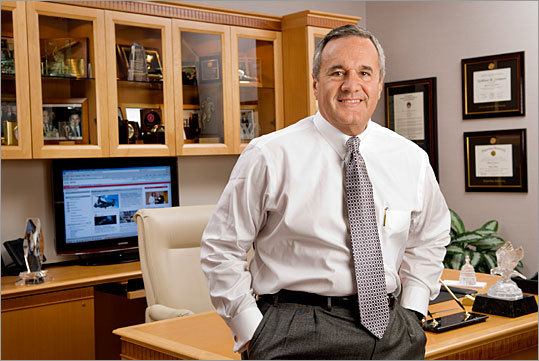 A s 2008 drew to a close, Raytheon Co. chief executive William H. Swanson expected to face “a year with challenges.’’

The economy was reeling, domestic spending would likely be down, “and about two-thirds of our business is with the US Department of Defense,’’ he said.

Raytheon, based in Waltham, is also a global business “with a lot of moving parts,’’ Swanson explained, which could make it difficult to navigate unpredictable economic terrain.

But a number of strategies already in place protected the company and fueled significant growth. The company ended the year with a 7 percent rise in revenue, to $24.88 billion. Net income was $2 billion, up 16 percent over 2008. Raytheon’s stock price recovered from a tumble in 2009. The company’s market value at the end of the first quarter in 2010 was $21.7 billion, up 39 percent from a year earlier.

The company is second on this year’s Globe 100 list, and the top company in the technology sector.

Yet Raytheon keeps a low profile, primarily because of its security projects. One initiative that allowed Raytheon to grow was its international business.

“We now sell in 80 countries around the world,’’ Swanson said. “International sales were 21 percent of our business in 2009.’’

In the meantime, Raytheon’s core businesses are missiles, sensors, command and control systems, and mission support.

But Raytheon has been diversifying, and now has six businesses, each of which brought in at least $3 billion in 2009.

Growing businesses include “intelligence, surveillance, and reconnaissance,’’ and homeland security.

Cybersecurity is an area that Swanson is particularly excited about, saying the company approaches the issue with a “sword and the shield’’ strategy.

Raytheon’s two-sided, battle-hardened approach to innovation, Swanson said, “really forces both aspects of our business to be better.’’