THIS STORY HAS BEEN FORMATTED FOR EASY PRINTING
Globe 100 | No. 16 - Sapient Corp. 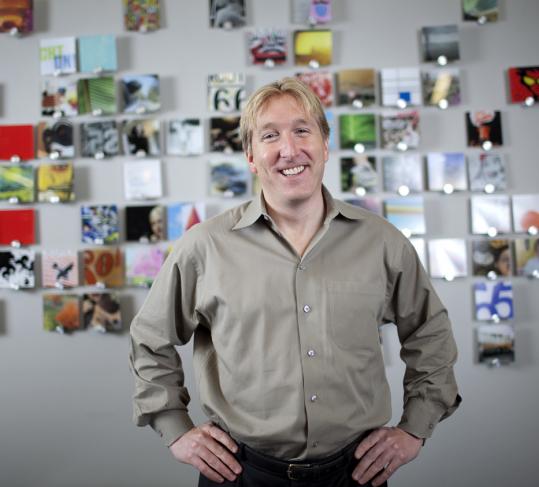 The front of the Coke machine in the Sapient lobby looks more like a large, vertical, flat-panel video touchscreen than a traditional vending machine. To buy a soda, you use your finger to interact with layers of swirling digital graphics and giant virtual bottles.

For Sapient Corp., and clients like Coca-Cola, the “future vending machine’’ has ambitions far beyond selling sugary drinks.

“We are already using these machines as a digital network,’’ said Chris Davey, who runs Sapient’s Boston office.

Creating a global network of digital billboards/soda machines is the kind of project that means business for Sapient, which is based in the Back Bay and is this year’s top services company on the Globe 100.

Founded in 1990 as a technology firm, Sapient has grown into a global company with 7,052 employees, more than 300 of whom are based in Boston. Today, the business has three major units: global markets, bolstered in 2008 by the purchase of Derivatives Consulting Group in London, a provider of consulting and outsourcing services to investment banks, hedge funds, asset managers, and commercial banks; government services, a builder of data systems for large government agencies around the world; and SapientNitro, an advertising agency capable of developing both “big idea’’ major media campaigns and complex Internet sites that incorporate the latest social media services.

Last year, net income at Sapient rose 41 percent to $88.1 million on revenue of $666.7 million. Sapient’s stock price climbed steadily after dipping early in 2009, and finished strong, bolstering the company’s market capitalization at the end of the first quarter of 2010 to $1.2 billion.

One event that boosted Sapient in 2009 was the purchase of the Nitro Group, a New York-based advertising agency with major brand clients (Mars, Volvo, Nike, and Foot Locker) and offices in Brisbane and Melbourne, Australia, Sao Paulo, Moscow, and Shanghai. In addition, Sapient added new clients like Bare Escentuals, Talbots, Dolby, and retail giant Target. Already in 2010, Sapient has achieved a big win: It’s now the digital agency of record for Chrysler. Both the Dodge and Ram accounts will be handled in Boston. SapientNitro now brings in 63 percent of the firm’s revenue.

Although it started out as a technology firm, over the last few years, Sapient has been aggressively growing its traditional advertising reputation and capabilities. Now, just as major brands are intent on launching more ambitious digital and Internet campaigns, the company’s core technology roots are serving it well.

“It’s getting harder and harder to separate advertising and marketing from technology,’’ Davey said. “Today clients want big ideas, but also a technology platform that includes the Internet, mobile, digital signage, and kiosks. Fortunately, we’ve been able to stay ahead of that curve.’’