THIS STORY HAS BEEN FORMATTED FOR EASY PRINTING
Globe 100 | No. 5 - Hanover Insurance Group

Already on a cautious road, insurer finds recession to be more like a blip 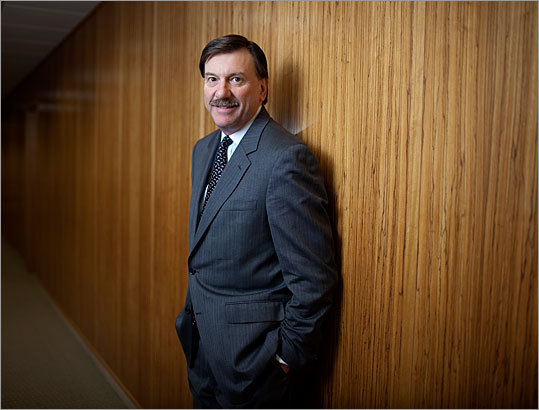 In September 2008, Frederick H. Eppinger, chief executive of the Hanover Insurance Group, was taking heat from peers at an industry conference in New York. The Worcester insurer was being ultracautious with its investment portfolio, which was almost entirely in bonds and cash. He could do more with the firm’s money, competitors urged.

Then came the failure of Lehman Brothers, as the credit markets collapsed. The economy followed in short order. “Within three weeks, I was a genius,’’ Eppinger joked.

The conservative positioning helped Hanover withstand the financial upheaval. The insurer ranked fifth on this year’s Globe 100, and was the top-performing financial services company on the list.

It was a strong showing for a company that just seven years ago was on the brink of failure. When Eppinger joined Hanover in 2003, it was with a mandate to overhaul a 150-year-old company hobbled by losses at its life insurance arm. Since then, the company has sold its life insurance business, rebuilt its capital base, and focused solely on property and casualty insurance.

Hanover posted a $197 million profit on revenues of $2.83 billion for 2009, up from a $21 million profit on $2.7 billion a year earlier. The company’s stock ended up 3 percent for the year, at $44.43 per share, compared with an 11.3 percent gain for the Standard & Poor’s insurance index. Over two years, though, Hanover shareholders lost 3 percent, while the index plunged 59 percent.

As Eppinger sees it, Hanover had weathered its own storm by the time the crisis hit. Last May, rating agency A.M. Best Co. upgraded its financial strength rating from A- to A.

“They’ve had a string of very good years,’’ said Frederick DeLeon, an A.M. Best analyst. He said the company’s conservative investment portfolio helped. “They’ve been light on equities for a few years now. They didn’t want to take on the risk,’’ he said.

There have been other challenges, including last year’s severe weather, which led to higher claims in Hanover’s two markets, the Northeast and Michigan. Still, the company has been making small acquisitions, expanding its reach in liability coverage for professionals in health care and other industries. Beyond its bread-and-butter home and car insurance for individuals, Hanover has introduced new products in worker’s compensation, marine industries, and ocean cargo. And it’s now trying to press into California and six other western states.

Hanover has hired 450 people in the past 16 months, Eppinger said. It employs a total of 4,200, largely in Massachusetts.

Eppinger isn’t yet calling Hanover’s turnaround complete, but he likes what he sees as a shift in the market’s tone: “It’s like being old-fashioned is in again.’’