THIS STORY HAS BEEN FORMATTED FOR EASY PRINTING
Globe 100 | No. 13 - Boston Properties

Quality is the strategy

One path to success: Know your market and know your clients 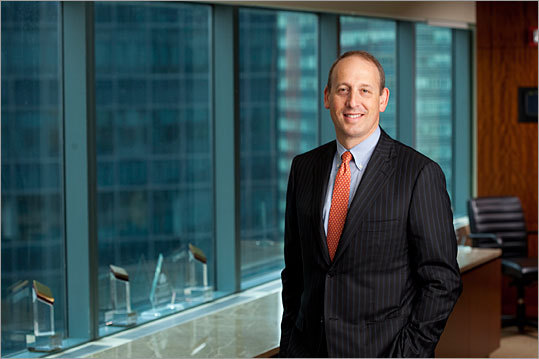 As the recession tightened its grip and ambitious developments were stalling from the Back Bay to Downtown Crossing, Boston Properties built one of its most ambitious projects yet.

The firm’s 31-story tower, nearing completion on Atlantic Avenue in Boston, is a symbol of its successful navigation of one of the worst real estate downturns in decades. The $600 million building, soaring like a shimmering sail over Boston Harbor, is the city’s first green office building and one of only two towers to rise last year.

Boston Properties, a real estate investor and developer with $12.3 billion in assets in four cities, did not escape the recession unscathed. For example, one of its top tenants in New York City was Lehman Brothers, whose failure left the firm with more than 450,000 square feet of empty space in 399 Park Ave., one of eight office buildings it owns in Manhattan.

But the Boston Properties’ strategy of investing only in top-quality buildings, and for the long term, helped it quickly attract new tenants, who saw a bargain at 399 Park Ave. The building is now almost fully leased, helping Boston Properties avoid the sudden income drop that has led to loan defaults and foreclosures for other commercial real estate owners.

“Boston Properties just seems to make fewer mistakes, and then make bigger gains when the time comes,’’ said David Begelfer, chief executive of NAIOP Massachusetts, a commercial real estate association. “They only invest in targeted markets, and they know those markets very well.’’

While it is based in the Back Bay, Boston Properties owns and develops buildings in Boston, New York, Washington, D.C., and San Francisco. A common attribute of those cities is that the supply of office space is constrained, and new construction is expensive and time-consuming, ensuring that existing buildings will remain attractive and valuable. And Boston Properties owns some of the best buildings in those markets, including the Prudential Building here, the General Motors building in New York, and the Embarcadero Center in San Francisco.

The firm’s executives said it has about $1.8 billion in cash it can draw on. With more towers expected to come onto the market at attractive prices, it will look toward increasing its roster of high-profile properties this year, they said. In 2009, Boston Properties reported profit of $231 million, up 119 percent from $105 million in 2008, and $1.54 billion in revenue.

The success, however, was bittersweet. The firm also lost its cofounder and chief executive, Edward Linde, who died in January after a battle with cancer. Developer Mortimer Zuckerman, who helped establish the firm, stepped in as chief executive, but Linde’s son, Doug, continues to serve as president. He said it was the strategy originally crafted by his father and Zuckerman that helped the company thrive during the downturn.

“They created a platform and an esprit de corps that permeates our organization,’’ Linde said. “I’m proud that I worked with my father for 12 years, and I deeply miss the fact that he’s not in his office when I walk by every day. But his memory is more than here.’’