THIS STORY HAS BEEN FORMATTED FOR EASY PRINTING
Globe 100 | No. 14 - American Science and Engineering

A force for security 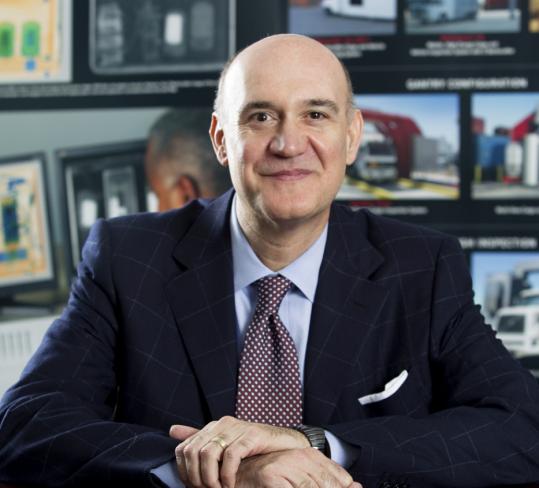 Massachusetts biotech companies aren’t the only local firms that save lives. American Science & Engineering’s explosives-detection technology protects US soldiers in Iraq and Afghanistan, and civilians throughout the world.

“We really feel that we’re on a mission to save lives for Americans,’’ said chief executive Anthony Fabiano. He noted that US troops that rely on AS&E’s bomb-detection system have never suffered a casualty. “We’re pretty proud of that record,’’ he said.

Fabiano’s also got reason to be proud of AS&E’s financial record. The Billerica company’s 2009 revenue of $228.1 million was up 12 percent from the year before, while net income rose 40 percent to $32 million last year. That performance has earned AS&E a place on the Globe 100 list as the state’s best-performing industrial company.

Demand for AS&E equipment has stayed strong throughout the recession, as US and foreign governments use the gear to detect terrorist threats. AS&E gear detects more than bombs; in the United States, it’s mainly used at border crossings to prevent smuggling.

The company’s Z Backscatter systems use low-powered X-rays to scan vehicles. Most X-ray systems work by beaming the radiation directly at objects, then measuring the amount that passes through. Denser items, like weapons, will slow the passage of X-rays, and show up as dark images on a video monitor. But this method doesn’t work as well against organic objects made, like explosives, drugs, or people.

But organic objects tend to scatter some of the X-rays that hit them. AS&E’s Z Backscatter system detects this scattered radiation and uses it to create images of hidden explosives, drugs, or humans. AS&E makes X-ray backscatter scanners for examining cars, trucks, and shipping containers. The company also makes a model for use as a full-body passenger scanner in airports.

The AS&E system uses very little radiation — about the same amount as you’d get from flying in a commercial jet at 30,000 feet for couple of minutes.

Stifel Nicolaus & Co., which trades in AS&E shares, has placed a “buy’’ rating on the stock. Stifel analyst Stephen Levenson praised the company’s disciplined management. “They’re focused on keeping their costs down and expanding their product line, so they’ve got best-in-class technology,’’ said Levenson.

Fabiano said the company’s commitment to cost control has helped it remain competitive. “We took the principles of lean design and lean manufacturing to reduce the cost of our product,’’ he said. “We compete against the Chinese on cost in many areas.’’

But thanks to strong demand for security systems, AS&E has seen its payroll grow from 50 to 450 workers over the past seven years. “More than 50 percent of our business is international,’’ said Fabiano, “and it’s pretty stable.’’

Lots of orders come from oil-rich Middle Eastern countries. Those buyers haven’t been as badly hurt by the recession, Fabiano said. And they’re in a part of the world where good security equipment is literally a matter of life and death.