THIS STORY HAS BEEN FORMATTED FOR EASY PRINTING
JOB DOC

Personal concierge fills need for busy people on the go 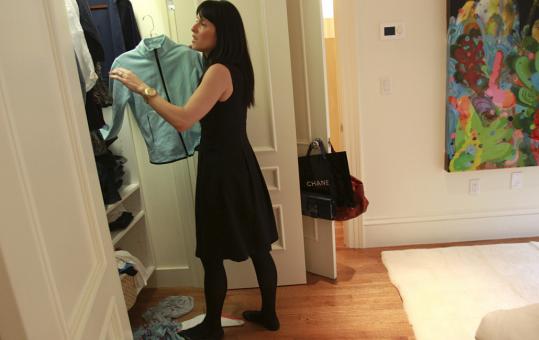 Chantal Boxer started Fini Concierge five years ago with her husband, Edward, when she realized that her “to-do’’ list was getting longer. (Suzanne Kreiter/Globe Staff)
By Cindy Atoji Keene Globe Correspondent / May 2, 2010

As a personal concierge, Chantal Boxer has run various odds-and-ends errands, from picking up a forgotten cellphone to changing a plane reservation. But the strangest request she’s ever received was from a Boston businessman who wanted her to track down a messenger pigeon to use to fly between his two Hub offices.

“We located a breeder and trainer of messenger pigeons, although I’m not sure if he ever put his plans into action,’’ says Boxer, the proprietor of Fini Concierge, a Boston service that provides personal assistance to busy executives and families.

Webster’s Dictionary defines “concierge’’ as a French word meaning “gatekeeper’’ or “keeper of the keys,’’ with origins going back to the palaces and castles in ancient France. The luxury of having someone pick up your laundry or stopping by the hardware store isn’t just for diva-esque suburbanites. The rise of personal concierge services for time-starved clients has spread across the nation, according to The National Concierge Association, a Chicago group founded in the late 1990s as a networking and industry resource for both personal and hotel concierges.

“Outsourcing for assistance wasn’t commonly done a few decades ago,’’ says Boxer. “People had more pride in doing things themselves, but times have changed. Today, people are on the go with competing priorities clamoring for their time.’’

Boxer started Fini Concierge five years ago with her husband, Edward, when she realized that, like many people, her “to-do’’ list was getting longer — with less and less time to do all the chores.

What’s the most expensive errand you’ve been on?
We helped a man who was purchasing two Porsche cars, handling the whole transaction, from researching the various models and dealers, to working with their sales team to complete the sale and picking up the cars when they were delivered.

What sort of tasks might you do for clients on a typical day?
My schedule could include: meeting with a locksmith to have new locks installed, sorting through mail and paying bills, waiting for appliance deliveries, and bringing cars to dealers for service appointments.

How much does it cost to use a personal concierge?
Our rate is $47 an hour — with a minimum of 1 hour and time is calculated in 15-minute increments. Concierge rates vary and some companies customize their pricing depending on the project or frequency.

What tips would you give to someone who wanted to start a similar business?
Think about whether handling aspects of other people’s lives would make you happy and fulfilled. To be a personal concierge is not easy work or as glamorous as people may imagine. You need to be very organized, be able to multitask effortlessly, make wise decisions based on preferences and personal style, and interact professionally with a wide range of vendors.

So who do you hire to do your own errands?
Unfortunately, no one. You’re looking at her. I need my own personal concierge.