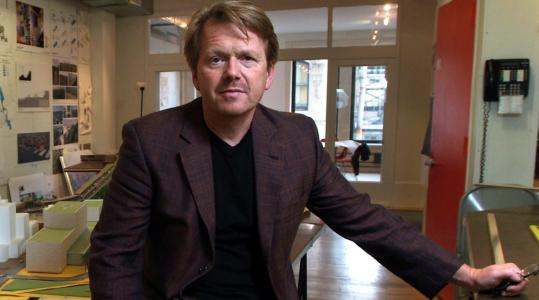 Landscape architects often used to be called in to plant a few trees or add a bench after a building was constructed. Now, they are winning the development jobs and hiring architects themselves.

Until recently, the landscape architecture department at Harvard University’s Graduate School of Design was its own fiefdom: Doing interdisciplinary work meant talking to someone at the other end of the hall.

But to keep up with changes in the profession, landscape architecture professors are meeting with environmental scientists, biologists, anthropologists, engineers, and political scientists across campus to jointly transform buildings and their surroundings.

The department was helped — or nudged — in this direction by two new leaders and a recent $4 million grant in the name of a Canadian businessman and nature lover.

The grant will allow the department to admit more graduate students, attract top teaching talent, and renew its reputation as a leader in the field, said the department chairman, Charles Waldheim, whose salary is also funded by the grant.

Waldheim and others also note the recent hiring of faculty members Pierre Belanger, Anita Berrizbeitia, and Chris Reed as key to the department’s evolution.

Landscape architecture is well positioned to help respond to concerns over climate change and the expected sea-level rise, Waldheim said, as well as the need to clean up toxic waste left by a previous generation of developers.

“There’s an increasing sense that landscape architects are really able to better manage complex urban change over time’’ than people in other professions, he said. Landscape architecture “now ends up being a place where the arts, questions of urbanism, and questions of ecology can connect.’’

New York and Toronto, in particular, have been supportive of this new vision, Waldheim said, citing work by department member Michael Van Valkenburgh in both cities. Van Valkenburgh’s development of Brooklyn Bridge Park, along the East River waterfront, for instance, reclaims previously industrialized land, knits together development and nature, and provides public space.

“A park can be beautiful, but it also can be made from recycled materials, collect its own rainwater, and irrigate itself,’’ Van Valkenburgh said. “It can create natural areas for wildlife that otherwise are becoming more and more removed from city centers.’’

Van Valkenburgh, whose landscape architecture firm has offices in Cambridge and New York, recently won a commission to redevelop land near the mouth of the Don River in Toronto.

His company will lead the project, managing architects, civil engineers, and urban designers, among others.

This kind of work cannot be done by landscape architects alone, Waldheim and Van Valkenburgh said, but requires collaboration.

Harvard climate scientist Daniel Schrag, head of the Harvard Center for the Environment, said he is excited about the landscape architecture department’s new attitude and willingness to work with others.

“Five years ago — two years ago — that engagement of landscape architects with a climate scientist would never happen,’’ Schrag said.

The grant, the largest made to the department in recent memory, was given by John K.F. Irving and Anne C. Irving Oxley in honor of their father, John E. “Jack’’ Irving, a Canadian businessman who built more than 1,000 Irving Oil gas stations, convenience stores, and restaurants in Canada and New England.

John K.F. Irving, president of Ocean Capital Investments Limited in Saint John, New Brunswick, went to Harvard as an undergraduate and holds an MBA from Harvard Business School. Oxley is a landscape architect.

Irving said he and his sister chose to donate to the landscape architecture department because of their father’s keen interest in the environment and sensible development.

“To move the field [of landscape architecture] forward, there needs to be a degree of intellectual rigor and thought and science behind these topics, and a place such as the grad school of design . . . could provide thought leadership,’’ he said.