Living in the shadow of Logan 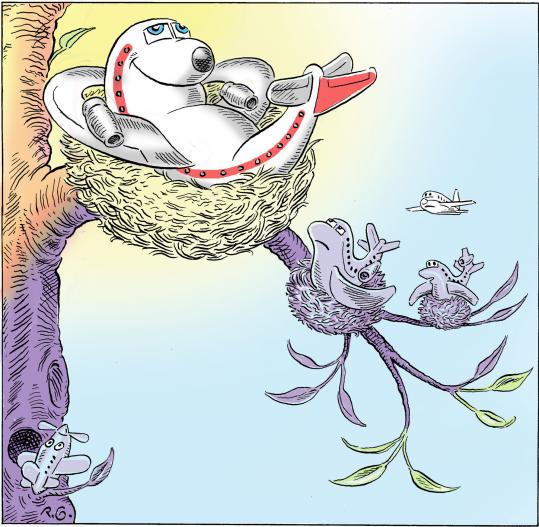 When Mary Ellen Rose was in college in Texas in the late 1970s, she flew into Logan International Airport to visit her family in Gloucester. But after she discovered lower fares and no “nasty’’ Big Dig traffic tie-ups at Manchester-Boston Regional Airport in the mid-’90s, she switched. Now that Southwest Airlines is flying out of Boston and construction is over, Rose is back on the Logan bandwagon.

“I feel bad for Manchester because they are a cute little airport,’’ said Rose, 48, a professor at American University in Washington.

Rose isn’t the only traveler who’s come back to Logan after defecting to Manchester in New Hampshire or T.F. Green Airport near Providence, both about an hour’s drive away from Boston. Recent traffic patterns at the three airports are reflecting the trend.

More recently, the contrast has become even starker. Year-over-year passenger numbers at Logan have risen or remained steady for seven consecutive months, hitting the first double-digit increase in more than five years in January. Meanwhile, traffic at Manchester and T.F. Green has slid in the opposite direction, with 16.3 and 12.2 percent declines in January, respectively.

The biggest factor is lower ticket prices at Logan, brought on by a growth spurt of low-cost carriers at the airport. Last March, the average fare at Logan was an average $15 to $27 cheaper than at Manchester or T.F. Green, according to FareCompare.com; this March, Logan travelers saved $45 to $68. Four new airlines started flying out of Logan last year alone — Southwest, Virgin America, Sun Country Airlines, and Porter Airlines — driving down prices on existing carriers and spurring them to add new flights. Discount carrier JetBlue Airways, for instance, said that it was boosting flights out of Boston by more than 30 percent, making it the top carrier at Logan.

Massport chief executive Thomas J. Kinton said that the end of Big Dig traffic snarls getting to the airport and $4.5 billion worth of improvements at Logan — including a new Terminal A, an expanded Terminal E, and a new road system — also have passengers seeing Logan in a new light.

“We were actually bleeding out of this catchment area during those times,’’ Kinton said. “I just think the market is correcting itself.’’

One game-changer has been Southwest. In the mid-’90s, Manchester and T.F. Green were the only airports in New England with Southwest service, and both airports grew steadily as the low-cost Dallas carrier became their dominant airline. Recently, though, Southwest has pulled back service in Manchester and Providence, a change the airline said has no direct relation to its entry into Logan.

“We entered Logan because our research showed that we were not tapping into the central Boston market,’’ said Southwest spokesman Paul Flaningan. “People north of Boston were driving to Manchester, and people south were driving to Providence.

But J. Brian O’Neill, deputy airport director at Manchester, said available seat capacity there has declined by almost half in the past five years as airlines focus on Boston. “Sometimes that comes at the expense of service out of Manchester,’’ he said.

Even without the increased competition from Logan, though, Manchester and T.F. Green might not be going gangbusters. Smaller airports have been hit hard during the downturn as airlines cut back and concentrate service at their hubs, said Pamela Keidel-Adams, director of aviation planning for the consulting firm Wilbur Smith Associates. Still, Manchester and Green are essential to Logan’s survival, she said.

Logan is already the busiest airport in the country for its size, and as the economy picks up, it won’t have room for much more traffic. Too much growth could lead to congestion and flight delays.

“If you’re too successful, you lose the success,’’ said Matthew Coogan, director of the New England Transportation Institute.

T.F. Green chief executive Kevin Dillon is confident that the increased competition between low-cost carriers will spread throughout New England. “It bodes well for the other airports in the region,’’ he said.

Scott Laurence, vice president of route planning for JetBlue, said the airline was interested in Providence and Manchester, and AirTran spokesman Christopher White said the carrier was always looking for “overpriced, underserved’’ markets but had no imminent plans with the two airports.

As for sinking passenger numbers, Dillon thinks T.F. Green has hit bottom, citing additional capacity from airlines such as United Airlines, which added 200 seats this month. Manchester will also be getting an increase in capacity this spring, said spokesman Tom Malafronte.

T.F. Green and Manchester are both doing what they can to attract new business. The Rhode Island airport is opening a consolidated transportation facility in September that will house rental cars with bus and MBTA Commuter Rail service, connected to the terminal by a walkway, a feature that Dillon said could attract the Irish low-cost carrier Ryanair. A planned runway extension would allow Green to offer nonstop service to the West Coast.

Both Green and Manchester offer incentives for new airlines and new markets, waiving landing fees and terminal rental charges, as well as kicking in money to help market the new service. Manchester also has a $1-million-a-year ad campaign in the Boston and northern Massachusetts market highlighting the easy access, predictability, and inexpensive parking at the regional airport, O’Neill said.

But for most passengers, it boils down to the lowest airfare, and they’re finding much better deals at Logan than they used to.

Jayme Simes, president of the Concord, N.H., marketing firm Louis Karno & Company Communications, is partial to flying out of Manchester but has started driving the extra half-hour to Logan more often as prices have fallen.

“My first choice is always going to be Manchester,’’ he said. “But when you’re flying on business you have to look at your budget.’’