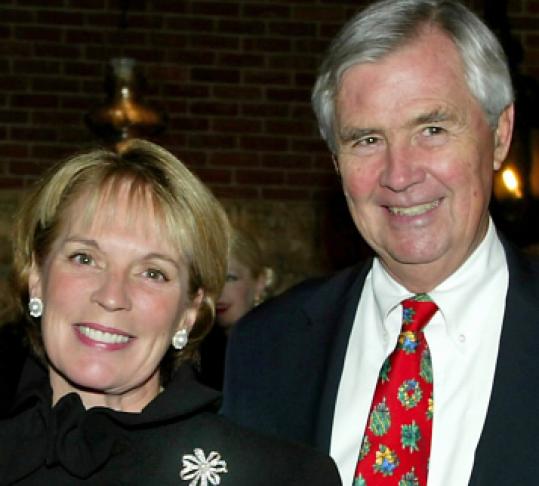 The state’s largest foundation will give $50 million to Boston-area nonprofits and efforts that fight climate change - one of the biggest gifts in recent years to that cause - in a campaign that marks a strategic shift for an organization that has never before publicized its charitable works.

Over the next five years, the $1 billion Barr Foundation, the principal charitable vehicle for the famously private Amos Hostetter Jr. and his wife, Barbara, will give multiyear grants of $100,000 to $1 million to public transportation projects and local groups that help reduce greenhouse emissions.

“It’s a global problem of catastrophic proportions, but we have the ability in Metro Boston to make reductions,’’ said foundation executive director Pat Brandes. “We’re making a $50 million bet that we can.’’

The foundation has given grants totaling more than $414 million in the past decade, funding nonprofits in three core areas - environment, education, and arts and culture. However, it has only funded groups it first invited to apply for money, and insisted its gifts remain anonymous.

Barr went public this time, Brandes said, to bring more attention to climate change, which is still hotly debated by some.

To help shape the campaign, the staff at Barr spent nearly a year consulting with community groups, environmentalists, and government agencies, including the White House. The question, Brandes said, was: “How can our level of resources have the largest impact on climate change?’’

The foundation decided to fund groups that promote energy-efficiency in buildings, or that are involved in public transportation efforts.

By giving the money to local groups rather than spreading it out to national or international efforts, the foundation believes, it can help reach people in their daily lives.

Working neighborhood to neighborhood is in some ways more important to the fight against climate change than creating new national policies, said Katie Mandes at the Pew Center on Global Climate Change in Arlington, Va.

“The debate on Capitol Hill, the international negotiations - for most people, these don’t resonate,’’ Mandes said. But by explaining to people that energy efficiency saves money, she said, and that using renewable fuels helps national security, climate change issues suddenly become more personal.

The decision of the Barr Foundation to take on a new and more public cause is not surprising to Boston Mayor Thomas M. Menino, who has known the Hostetters for years.

“They see this as the next big issue in America,’’ he said. “It’s about Amos’s kids, their future, their grandkids, my grandkids.’’

The foundation’s revised environmental mission will be implemented immediately, and invited nonprofits could start seeing the new grants as early as next month.

“There are two ways to look at climate change. You can look at it as a global issue and, therefore, you have to work globally,’’ he said. “But it’s very clear that you can work on climate at local and regional levels.’’

Barr’s campaign, Smith added, places it in the top echelon of groups that fund the fight against climate change. In 2008, US foundations gave nearly $900 million to the cause, with the top 10 donations ranging from $7.5 million to nearly $550 million.

In the past decade, about 25 percent of Barr’s donations have gone to environmental initiatives.

“We’re an old city with old building stock and we’re largely built out,’’ Hunt said. “We estimate that 76 percent of our greenhouse gas emissions come from our buildings and the energy used to heat, light, and cool those buildings.’’

The nonprofit Community Labor United and the Chinese Progressive Association jointly received a one-year $125,000 grant from Barr to work with local utilities and unions to retrofit houses in Chinatown so they use less energy.

“Barr’s investment is about bottom-up leadership,’’ said Darlene Lombos, Community Labor United’s coexecutive director. Her group is “on the ground, talking to people who are very affected by the fuel crisis, [and] will be affected by the climate crisis,’’ she said.

The foundation’s new push will affect some of its old grant work in the environmental area, as it phases out its support of nonprofits whose work does not fit the current mission.

It will meet its current commitments and offer funding for an extra year to give those groups time to look for other donors. Brandes said the foundation does not know how many organizations will be affected.

The changes mean that Barr funding for projects such as the Mystic River Collaborative, which works on water quality, will eventually be phased out. John Kassel, president of the nonprofit Conservation Law Foundation, one of several groups behind the Mystic River project, said he understands the decision.

“They owe it to themselves to rethink their investments from time to time, and those of us in the nonprofit world - grantees - understand that priorities change,’’ Kassel said. “It’s probably a good thing in the long run, because it makes us make sure that we’re staying focused on the most important challenges.’’

Climate change “is the issue of our time,’’ he added.

The Barr Foundation apparently decided that “unless we grapple with climate change now, in a way that supports our local economy and our quality of life, everything else would be like arranging deck chairs on the Titanic,’’ Kassel said. “As a matter of priority, if I were in their chair, I might be doing the same thing.’’