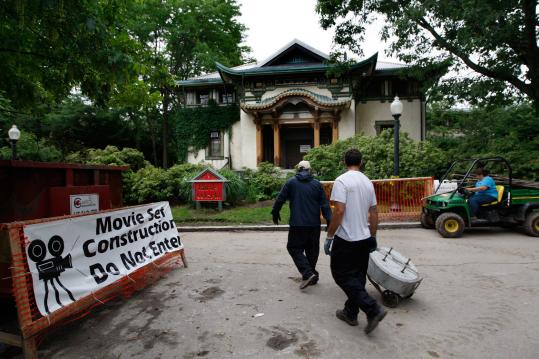 The Franklin Park Zoo in Boston was the setting for several scenes of “The Zookeeper’’ last summer. Producers expect the movie, starring Kevin James, to be released in the fall. Actor Ben Affleck and director John Wells (below right) shot scenes from “The Company Men’’ in Boston. (Barry Chin/Globe Staff/File 2009)
By Robert Gavin Globe Staff / February 11, 2010

Massachusetts has the potential to develop a small but robust film industry that could establish the state as a leading production center and support thousands of good-paying jobs, according to a study to be released today by the University of Massachusetts at Boston. (Full article: 630 words)