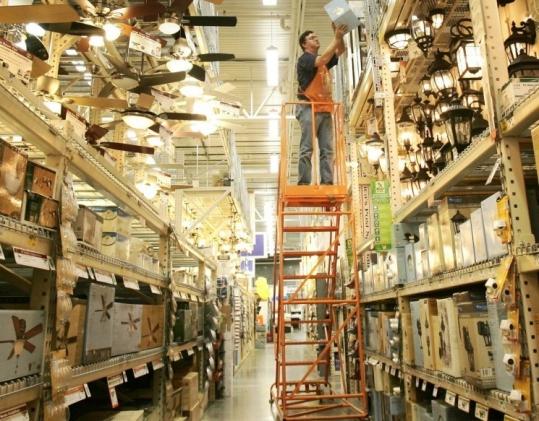 Atlanta-based Home Depot will begin cutting 1,000 jobs at US stores by the end of this week, a spokesman said. (Danny Johnston/Associated Press/File 2009)
Bloomberg News / January 27, 2010

Home Depot will start cutting most of the jobs by the end of the week, Ron Defeo, a spokesman, said yesterday. The positions being eliminated are also in finance and real estate. The company will also add 200 jobs, resulting in a net loss of 800 positions, he said.

Chairman and chief executive Frank Blake announced the reductions in a memo to employees, saying it “makes business sense to consolidate some functions’’ as store construction slows. Defeo provided a copy of the memo.

The job cuts include 150 at its Atlanta headquarters, Defeo said. Stores in Wilson, N.C.; Waveland, Miss.; and Austell, Ga., with 100 employees will close in six to eight weeks, after merchandise is sold, he said.

The three stores being closed didn’t meet Home Depot’s “targeted financial returns,’’ Defeo said. The company has no plans to close any of its traditional stores, Blake said.