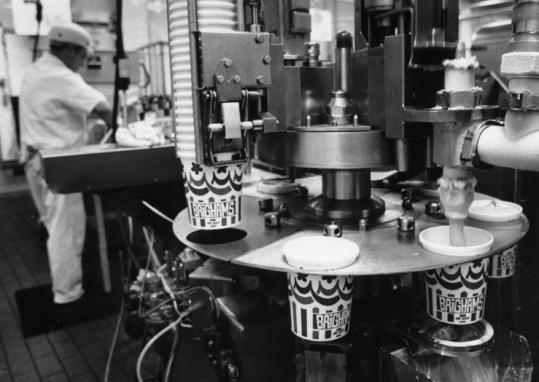 The unused factory where Brigham’s made its ice cream for generations of New Englanders will be sold to an Atlanta developer, who wants to build apartments on the site.

Wood Partners Inc., which calls itself one of the nation’s largest builders of apartments and condominiums, has an agreement to buy the 4-acre site in Arlington from Cambridge Savings Bank, which foreclosed on the property in August 2008.

Rick Dickason, Wood Partners’ director of development for New England, did not disclose the sale price, but said the deal marks the company’s first foray into the New England housing market.

The region “is one of the healthier markets in the country for apartment development,’’ Dickason said.

Brigham’s Ice Cream Inc. stopped production at the factory in June 2008, shortly after New England Capital Partners Inc., a private equity firm in Newton, sold the Brigham’s name and recipes to HP Hood, its competitor. Hood has ceased operations at the plant, laying off about 40 employees, but continues to produce ice cream under the Brigham’s name.

Former factory employees say they were left in the lurch. They say New England Capital Partners did not honor a contract that would have paid them severance. The contract had been brokered between Teamsters Local 25, which represented the employees, and the company.

Massoud Harb, who worked at the factory for 20 years, said he should have received about $9,700, the equivalent of about half a week’s pay for every year he worked at the factory. Instead, he said, the company abruptly told employees to go home and paid them only for their last week of work.

“When we asked about severance pay, they said we’re not going to pay even though they did not file for bankruptcy,’’ Harb said. “I don’t know how they can get away with it.’’

Harb said a group of employees met with a lawyer, but learned their legal costs would outstrip any return. Harb, who is in his 60s, is still unemployed.

Kevin M. McCafferty, chairman of New England Capital Partners, refused to comment. In an e-mail, he cited the company’s policy of “silence on former investment activities.’’

A Brigham’s restaurant continued to operate at the Arlington Center site until last month. Longtime workers said they were ordered to leave the shop Nov. 13 by sheriff’s deputies, who changed the door locks.

Several other Brigham’s restaurants continue to operate under independent ownership.

According to Wood Partners’ website, the company operated more than 34,000 multifamily units worth more than $4.3 billion in 2007.

Its focus has been the Baltimore-Washington, D.C., area and south.

Wood also partnered with celebrity developer Donald Trump to build a $300 million high-rise in Atlanta in 2006. The project is on hold.

Arlington’s planning director, Carol Kowalski, said that local officials have not received site plans for the project, but she said there have been discussions about mixing residential and retail uses.

Dickason said the company is still working on specifics.

“We’re still designing it and hope to have something submitted to the town in the first part of the year,’’ he said.