Amid high unemployment, some positions hard to fill 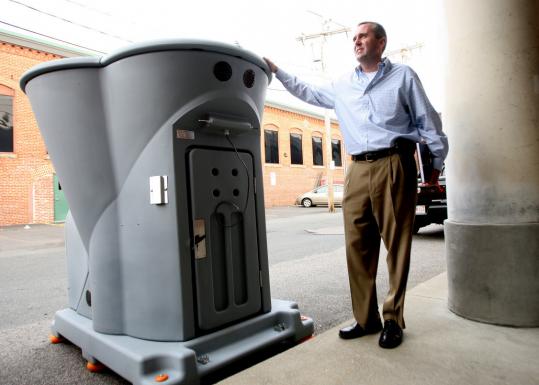 Even with the country’s unemployment rate at its highest in decades, some companies are having trouble hiring highly skilled employees.

Phil Nachman, an Arlington recruiter for medical device companies, sees the wariness of the engineers and scientists he’s courting. They worry about the financial stability of potential employers, asking questions like “What’s the company’s stock price?’’ and “What are its annual sales?’’

Employers don’t understand such hesitance, he said. “Some of them think that the world is still their oyster.’’

One reason job seekers are not lining up at companies’ doors is that, despite a 10.2 percent US jobless rate, many skilled workers are still working; the unemployment rate for people with college degrees is about half the national average. And many of them are less willing to jump ship than they used to be.

“It’s very difficult to convince them to make a job change because of the fear that they’ll be the last ones in and the first ones out, if there’s another reduction in force,’’ said David Hayes, president of the Cambridge search firm HireMinds.

It was an agonizing decision for Larry Letteney to leave his successful consulting business this year to become chief operating officer at Second Wind, a Somerville alternative energy company. One of Letteney’s friends took a new job in June 2008, developing an Israeli software company’s US business. He was let go that fall.

Letteney had many debates with his wife last spring when he was contemplating the change. What would happen if the technology failed or the business lost its funding? “There was plenty of lost sleep,’’ he said.

Before accepting the job, Letteney, 43, also did a lot more digging about Second Wind than he would have a few years ago, he said - not only researching the company and the wind energy market but speaking to customers, suppliers, and the board of directors. In a stronger economy, he said, it would have much more quickly been “OK, done.’’

For companies, the additional scrutiny by candidates is only part of the problem. People are less willing to consider start-ups than they used to be, said recruiter Pearl Freier of Cambridge BioPartners, and less willing to relocate.

This recession has also presented hiring challenges not seen after the last downturn, when the dot-com bubble burst, Hayes said. This time, he said, the job losses are broader - spread across more industries - and shallower - with more companies pruning their staffs instead of shutting down .

When a high-tech start-up folded in 2001 or 2002, for instance, every employee was left without a job, from the receptionist to the CEO, meaning there was a diverse array of talent looking for work; today, workplace specialists say the perception among employers, misguided as it may be, is that the people who have been let go were not among the top-tier employees.

Ginger Gregory, the global head of human resources for pharmaceutical company Novartis, said Pfizer’s recent announcement that it is closing six research facilities means there will be more talent on the market. But, she said, they won’t necessarily be the employees that Novartis, which has 1,659 employees in Cambridge, wants to scoop up.

Of course, plenty of high-quality workers have lost their jobs, but recruiters say still being employed suggests stability - and ability. And at a time when companies have precious few openings, they are being pickier than usual about whom they hire, holding out for the top 2 or 3 percent of candidates, said Ben Hux, director of legal recruiting at Boston Group, part of the executive search firm Management Recruiters International Inc.

“There is a stigma with people who have been laid off, with good reason or not,’’ Hux said.

It’s not that companies are not getting applications. Job openings are generating a flood of resumes, in many cases submitted with just the click of a mouse: “They’re blasting it like a shotgun,’’ said Nachman, of Nachman BioMedical.

But often missing from the stack of resumes are those with the most experience - many of whom don’t want to leave their jobs during a recession.

A study done over the summer by the Pittsburgh talent management company Development Dimensions International found that even though half of the 1,000 people surveyed across the country felt stagnant in their jobs, 44 percent won’t look for another job until the economy improves. In other words, they weren’t happy, but they weren’t going anywhere soon.

Leaving a job was a big decision for Jan Bryson, who signed on with Davies Murphy Group, a Burlington high-tech public relations firm, in June. She was familiar with the firm, but worried that if things did not work out, it would be hard to find another job in a recession.

“You don’t have that security blanket,’’ she said.

The founders of the company where Bryson works thought it would be easy to fill a few senior positions in September. But after combing through more than 400 resumes, putting a headhunter on the case, and offering a $1,000 referral bonus to current employees, they found few good candidates, they said.

Andy Murphy admits he and cofounder Eric Davies were pickier than usual, holding out for candidates who have a wealth of experience working on both the consumer and client sides of the business - for a PR firm and a high-tech company. Still, he thought they would get dozens of applicants who fit that bill.

“I thought that literally we could just open our window,’’ Murphy said, “and yell that we’re hiring.’’