As Oprah heads to cable, will her golden touch go with her? 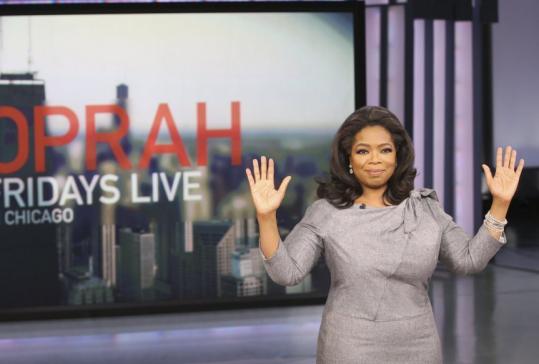 There is no way to overstate the influence of Oprah on the life of 49-year-old Barbara Moulton of Boston.

When Oprah bought two chocolate cocker spaniels and paraded them on her TV show in the 1980s, Moulton did too, ordering the dogs from a Texas breeder.

And when Oprah went on the Optifast diet, so did Moulton. And just like Oprah, she gained the weight back.

“I’ve been with her through all of this,’’ said Moulton, a marketing director for the Massachusetts Bay Transportation Authority. “Wherever she’s going, I’ll be right there.’’

It’s known as the “Oprah effect’’ - anything the billionairess media mogul touches, endorses, or barely mentions on her show acquires a cult following that translates into blockbuster sales.

Yesterday, a teary-eyed Oprah officially announced during a broadcast that her daytime network television show of 23 years would end in 2011 so that she could concentrate on creating a cable channel in her name.

That has left more than throngs of devastated fans; it has left many wondering whether the woman who could single-handedly send more than 50 books to the top of the New York Times best-seller list - almost instantly making authors and publishers rich - will see her influence diminish or grow in the larger realm of cable TV.

“I don’t think this is the death knell for Oprah, but it is going to be different,’’ said Kathleen Rooney, author of “Reading with Oprah: The Book Club that Changed America. “We just don’t know how different yet.’’

Viewers will follow Oprah, 55, to cable - even if it means paying extra, many experts said. That means she could have a new and expanded platform on her new 24-hour channel to offer more programming - and endorsements. Her new cable network, named OWN (Oprah Winfrey Network), is expected to launch January 2011 and will feature “lifestyle’’ programs shaped by Oprah, but she is not expected to have her own talk show.

“People who like Oprah will follow her no matter where she goes,’’ said Robert Rosenthal, chairman of Suffolk University’s journalism department. “Even though she has taken political stands, she transcends politics. People relate to her as a human being.’’

Oprah’s departure could deal the biggest blow to network TV stations around the country that have already been hit hard by declining revenues, a troubled economy, and changes in news delivery. Oprah’s show first aired in Boston in 1986 on WBZ-TV Channel 4 in the mornings until WCVB Channel 5 bought syndication rights to the show a year later. It has aired in the afternoon since.

For more than two decades, Oprah’s 4 p.m. show has delivered legions of viewers to WCVB’s 5 p.m. evening newscast, helping to make it the top-ranked newscast at that hour. In October, for instance, Oprah drew 95,000 viewers to WCVB.

Local affiliates such as WCVB also benefit by sharing advertising revenue with syndicated shows such as Oprah. “We’ve been blessed to have her all these years,’’ said WCVB president and general manager Bill Fine, who added that it’s too early to speculate about what show might replace Oprah.

When Oprah leaves WCVB, it could change the 5 p.m. news race. In the past year, WBZ-TV Channel 4 has moved up to second place during that time slot because of the growing popularity of “Judge Judy,’’ which drew 96,000 viewers in October, beating Oprah. Officials at WBZ-TV declined to comment.

Marketers also know Oprah’s power, and there is eagerness to tap into it. But right now, it’s unclear how her influence will change when she moves to cable.

“The Ultimate Guide to Getting Booked on Oprah,’’ giving advice on how to get on the Oprah Winfrey show, is now in its second printing. Her annual “Favorite Things’’ show, in which she talks about products that she likes, has become a favorite among fans - and companies.

She’s also expanded her reach with “O Magazine’’ and “O Home,’’ has her own satellite radio channel, “Oprah & Friends,’’ and has helped to launch the talk show careers of the likes of Dr. Phil McGraw, Rachel Ray, and Dr. Mehmet Oz.

Mom-and-pop businesses also benefit from the Oprah effect. Jamey Bennett of Newton did not seek out Oprah. She found him. Two years ago, Oprah mentioned his product, LightWedge, an LED book light that costs $34.99, on her show while interviewing a sleep specialist.

Bennett said he later watched the brief exchange on a taped version of the program.

“The doctor did a terrific demo and Oprah, her eyes got real big, and she grabbed it out of his hand and said, ‘I gotta have one of these,’ ’’ Bennett said. “It was a beautiful moment.’’

Sales of the book light jumped from an average of about 10 a day to more than 1,400 that day and stayed high all week. He said he had to rent a function room in a hotel to stock lights to keep up with customer demand.

Then there are the book sales. Crowds would flock to bookstores after Oprah announced her latest recommendation on her talk show.

Rooney said bookstores received boxes of Oprah’s selection in advance to meet the massive demand. (The books were mailed in unmarked boxes ahead of the announcement and kept in secret.)

Testament to Oprah’s power, some books were unlikely hits. Alice Hoffman’s book, “Here on Earth,’’ a modern reworking of the Emily Bronte classic, “Wuthering Heights,’’ sailed to No. 1 when Oprah gave it the nod. Warner Studios then turned it into the movie “Practical Magic,’’ starring Sandra Bullock and Nicole Kidman.

Rooney said Barnes & Noble booksellers liked Oprah because 75 percent of the customers who bought one of her recommended reads bought one or more additional books.

As for Moulton, she said nothing will stop her from getting her Oprah fix, even if it costs extra to see her on cable.

“I’m just hoping she makes the transition to something bigger,’’ she said.