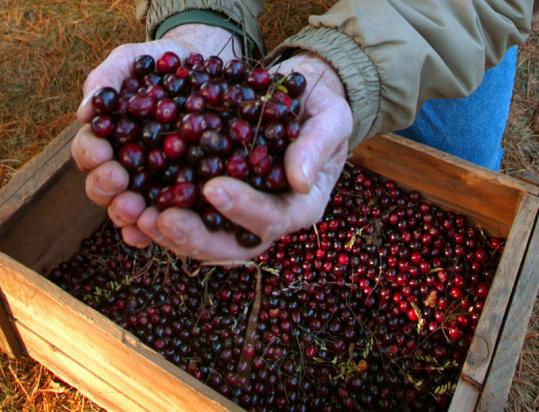 A consumer advocacy group isn’t so sweet on the labeling of a new dried fruit cranberry product from Ocean Spray Cranberries Inc.

The National Consumers League, based in Washington, D.C., sent a letter Tuesday to the US Food and Drug Administration, asking it to investigate the labeling of the Lakeville cooperative’s “Choice’’ brand. The group alleges that Ocean Spray sells the food as “sweetened dried cranberry’’ but that it has more sugar than real fruit and is made from cranberry skins and not whole cranberries.

“That is a problem for people who are buying a product they think has cranberries when in fact, it’s really no longer cranberry,’’ said Sally Greenberg, the group’s executive director.

Ocean Spray officials said yesterday they don’t sell the product to consumers; they sell to food manufacturers, who use it in their own products, which they also label.

The consumer group said its findings were based on a Nov. 4 report by Krueger Food Laboratories, a Massachusetts company that it commissioned after receiving a tip from a “confidential whistle-blower.’’ The analysis found that the “Choice’’ brand is made with cranberry skin mixed with sugar syrup, inverted beet sugar, and citric acid, according to the consumer group.

“We’re all about honesty in labeling and food production, and unfortunately these days, you see a lot of products being called things they are not,’’ Greenberg said.

The local cranberry giant is preparing for the launch this spring of its “Heritage campaign’’ to inform consumers about its cranberry and grapefruit growers. The campaign, which coincides with Ocean Spray’s 80th anniversary, will celebrate its growers by featuring their personal stories and photos on product labels and online.