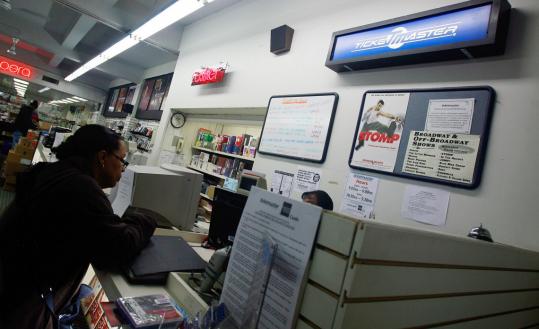 LOS ANGELES - Regulators in the United Kingdom and United States appear likely to impose conditions on the merger of concert promoter Live Nation Inc. and ticket-selling giant Ticketmaster Entertainment Inc. now that British authorities came out against the deal yesterday.

The UK Competition Commission said that combining Ticketmaster and Live Nation “could severely inhibit the entry of a major new competitor, CTS Eventim, into the UK ticketing market.’’ The British regulators have until Nov. 24 to determine what actions to take.

Antitrust experts said the ruling makes it more likely that UK and US authorities will coordinate a response. That could mean Ticketmaster and Live Nation will be forced to sell off assets, or forced to sell some concert tickets through a competitor.

“I think the writing is on the wall that the deal is not going to happen without some fix,’’ said Mark Ostrau, an antitrust lawyer with Mountain View-based Fenwick & West LLP.

Several antitrust lawyers also noted that the US Department of Justice has taken unusually long to give a green light to the deal that was announced in February.

“The fact that the UK regulators acted puts the US more on the spot,’’ said Kevin Arquit, an antitrust lawyer and former director of the Federal Trade Commission’s Bureau of Competition. But he added there was “no obligation’’ for US authorities to follow the British lead.

CTS also has enabled Live Nation to run its own ticketing platform, which currently competes with Ticketmaster, in the United States since January.

The commission said if the merger were to proceed, Live Nation would have an incentive to inhibit CTS’s business in the UK by minimizing the number of tickets it gave CTS to sell. That could lead to higher ticket prices, the commission said.

The commission said it would consider possible remedies and “continue to consult with the US authorities’’ before issuing its final report by Nov. 24. It set an Oct. 29 deadline for interested parties to comment.