To the highest bidder...

Auction results for deluxe condos seen as bellwether for Back Bay 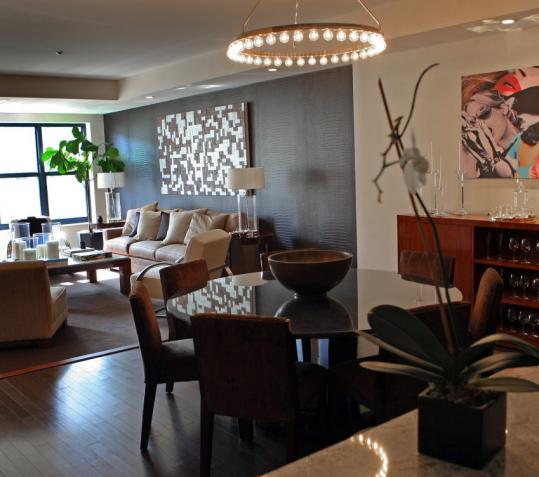 The upcoming auction of 10 units in a deluxe Back Bay complex - with minimum bids topping $1 million - is being widely watched by developers and brokers to see whether the aggressive strategy spurs or depresses sales in the city’s ritziest neighborhoods.

Accelerated Marketing Partners on Oct. 17 will auction 10 units of the Bryant Back Bay, a 50-unit condominium complex on Columbus Avenue that borders the Back Bay and the South End, for prices starting at $1.075 million. The condos are being offered at about half the typical asking price but are expected to sell for higher than the minimum.

The success of the auction - the first in a high-end building in the Back Bay in decades - could determine whether other developers of full-service luxury buildings, like the Clarendon, Battery Wharf, and 45 Province, follow its lead, some housing specialists say.

“If it is the first of many will depend on the results,’’ said Debra Taylor Blair, president of Listing Information Network, a company that tracks Boston’s condo market.

“Other developers faced with the possibility of unsold units over the next two to three years are going to watch this auction to see if this is the way to go for other projects.’’

The auction comes as the high-end market in Boston suffers from a severe slowdown in sales and a fall in prices. Sales of luxury full-service buildings dropped 53 percent and median sales prices fell 20 percent in the second quarter of 2009, according to the most recent data from the Listing Information Network. Residences like the Bryant fell victim to bad timing, conceived during the housing boom but completed during the bust, making them hard sells.

Developers of the Bryant Back Bay, Vornado Realty Trust, declined to comment. Jon Gollinger, East Coast chief executive of Accelerated Marketing Partners, said the auction will allow customers to determine the value of the condominiums at the Bryant, which currently has nine units sold or under contract.

The auction’s final prices will help Vornado determine price points for the remaining condominiums, which have stunning views of the city, garage parking, and private elevator access. The minimum bids of about $500 a square foot would be a steal in the luxury market for a new building that often goes for twice that, he said.

“We are going to start this thing out at a ridiculously low price and let the market choose the value,’’ said Gollinger. “When you are dealing with new buildings that haven’t been sold out, the market is in a state of disequilibrium. It’s going to dictate where the market is on this type of product.’’

News of the auction was received with surprise and some dismay among local developers. Kevin Ahearn, president of the Boston marketing and brokerage firm Otis & Ahearn Real Estate, said he’s not a fan of auctions because they depress real estate values.

Ahearn said the housing market is on the mend and he doesn’t foresee other local developers taking this approach.

“We don’t believe in them. We do think that we are in the business of creating value,’’ said Ahearn. “It doesn’t help anybody to discount pricing.’’

Ahearn is marketing Battery Wharf, the 103-unit building on Boston’s historic waterfront that opened in 2008 with prices ranging from $1 million to $5 million. About 58 units have sold, Ahearn said, and the developers have no plans for an auction.

“We are seeing a big pickup in the high-end sales,’’ he said. “The worst is really over.’’

Marketers of 45 Province, a 138-unit building that opened in June, also said they wouldn’t consider an auction because sales are moving and prices are holding. Diane Maloney, president of the Marketing Group of New England, said between 15 and 20 percent of units have already sold.

“The developer is committed to holding pricing and protecting all the homeowners who already bought there,’’ said Maloney. “An auction is not an option.’’

A growing number of developers are resorting to auctions to spur sales and garner attention. Accelerated Marketing Partners found success in April when they auctioned 46 units at Longwood Towers in Brookline. The developers unloaded $26 million in real estate in less than two hours, selling units for about 15 percent below the last asking price, and spurred further sales in the building, said Gollinger.

The company is also overseeing the Oct. 4 auction of 42 units at the upscale 215-unit project known as Nouvelle at Natick at the Natick Collection mall.

The Bryant Back Bay auction will include the sale of two-bedroom and three-bedroom units with starting bids ranging from $1.075 million to $1.475 million. Gollinger said he expected to sell all 10 units in 30 minutes.

Kim Sawyer and Robert Sherman were among the first to buy in the Bryant and are confident their three-bedroom penthouse unit with a view of the South End will hold its nearly $3 million price.

“We understand this is a marketing tool to create interest in the building,’’ said Sherman. “We are not worried about the effect of the market price. We are long-term owners.’’

At the Bryant Back Bay condo complex in downtown Boston.

Go inside a couple Nouvelle at Natick condos to be auctioned.