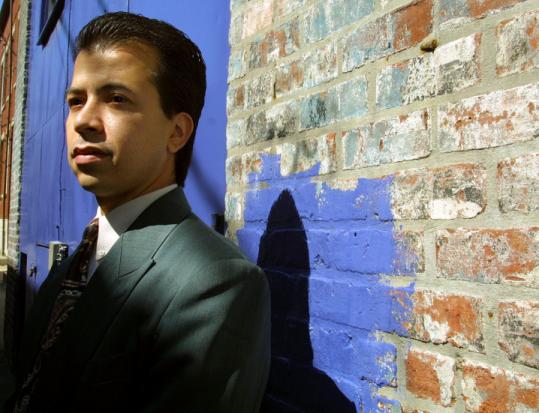 As a new Boston Foundation policy debuts, “I am going to shoot for not being left out,’’ said Centro Latino’s Juan Vega. (Christina Caturano for The Boston Globe/ File)
By Erin Ailworth Globe Staff / September 16, 2009

The biggest public charity in New England is changing the way it hands out millions of dollars to a wide range of community groups, giving more money to those it considers to be the most effective and cutting funding to others.

The shift in strategy at The Boston Foundation, which gave out $86 million in its most recent fiscal year, is raising concern among nonprofit organizations that some will be forced to scramble for other funding, or to cut programs.

Larger grants will provide groups with money for “general operating support,’’ meaning they can spend it however they see fit, rather than on predesignated programs.

It’s obvious there will be greater competition for the grants, Grogan said.

“That means that we do need to step up and demonstrate and put our best foot forward and compete for that resource,’’ said Juan Vega, chief executive of Centro Latino Inc., which serves about 7,000 people in Latino and immigrant communities north of Boston. It has received foundation support in the past. “I have no illusions that we are guaranteed [money]. I am going to shoot for not being left out.’’

The Boston Foundation, begun in 1915, now gives discretionary funds - money not earmarked for specific uses - to about 400 groups annually, Grogan said, in grants that average $50,000. Under the new distribution plan, which will take about two years to implement, 60 percent of all discretionary funding will go to an estimated 50 to 70 groups that will receive larger grants, up to $150,000 each. The rest will go to other groups, in smaller amounts.

The philanthropy, which funds a wide range of community groups, from social service agencies to animal rescue leagues, expects to hand out $17.2 million in such grants in fiscal 2010, up from $16.9 million a year earlier.

“There is no question that we’re focusing more resources on fewer organizations,’’ Grogan said, with larger awards being made to nonprofits with a record of getting results and a reputation for fiscal responsibility.

The change in funding - including an increase in discretionary grants - comes even though the group’s assets shrank from $964 million to $763 million during the recession.

“We’re really trusting the organization to make decisions about resources,’’ he said, adding that groups will be able to apply for grants at any time, rather than by specific deadlines.

The decision to direct funding to the most effective community groups rather than to specific projects reflects an increased national focus on the end results of charity work, said Steven Lawrence, senior director of research at the Foundation Center, a New York-based nonprofit that tracks philanthropy.

The Boston Foundation is “certainly on the forefront of this trend,’’ Lawrence said. “Certainly it’ll stimulate the conversation nationally. I have no doubt.’’

Dan Pallotta, who writes about innovation in the nonprofit sector for the Harvard Business Review, called the foundation’s strategy “inspiring and overdue.’’ Too often, he said, funders undermine the ability of nonprofits to expand appropriately and make day-to-day operating decisions by attaching too many strings to the money they give.

“We don’t say to a doctor, ‘Look, when you do that heart surgery, here’s how I want you to do it.’ But that’s what we do with charities. That lack of trust is destructive,’’ Pallotta said.

The change, Pallotta added, allows the Boston Foundation to concentrate its money, but he offered a caveat. “The big organizations are not necessarily the best organizations,’’ he said. “So, I think they have to be careful to fund organizations that are having a big impact.’’

Tiziana Dearing, president of Catholic Charities Archdiocese of Boston, said she worries about those who don’t make the cut - especially because nonprofits have seen funding, including from the state, be cut or dry up.

“Any time a foundation makes a change in its giving, there are winners and losers. There is absolutely no way around it,’’ said Dearing, who once ran a research center on nonprofits at Harvard, and whose organization serves between 150,000 and 200,000 people. However, she said, at least the foundation is cutting restrictions on how groups can use the money they are awarded.

“Flexibility is priceless,’’ she said. “You actually have to be able to fund an operation.’’

Catherine D’Amato, vice chairwoman of the Boston Foundation’s board and president of the Greater Boston Food Bank, which serves 83,000 people a week, said the policy shift gives the foundation “more elasticity and, hopefully, a quicker return and response to organizations seeking support.

“I could go to The Boston Foundation and say, ‘We’ve had an 11 percent increase in demand. We need your help to feed more people,’ instead of saying, ‘I have a new program,’ ’’ D’Amato said, explaining that is how the process usually works when a group seeks money.

“Clearly, we’re looking to support and respect the work and accomplishments of nonprofits in Boston,’’ she added, “instead of funding narrowly conceived projects.’’