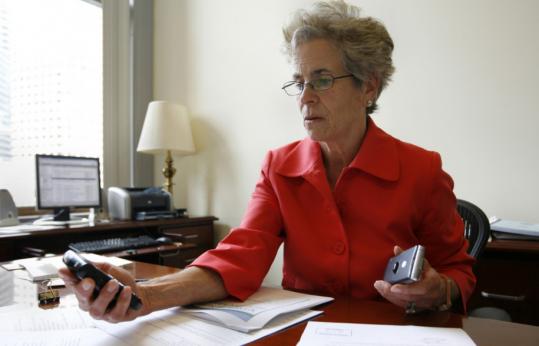 Nonnie S. Burnes, the state insurance commissioner who spearheaded the move to give auto insurance companies more freedom to set rates and increase competition in Massachusetts, is moving on next week after a little more than two years.

Burnes, who has led the Division of Insurance since February 2007, will become a senior fellow at Northeastern University, where she earned her law degree in 1978 and serves as a trustee.

Governor Deval Patrick, who appointed Burnes, praised the 67-year-old former judge as a great friend and commissioner. Patrick also credited her with bringing down auto insurance rates and giving drivers more choices. Since Burnes lifted many of the restrictions on how auto insurance is sold, 11 companies have entered the Massachusetts market or plan to start doing business here, including Allstate Insurance Co., Progressive Insurance, and Geico, and many drivers report paying lower auto insurance premiums. Before the introduction of so-called managed competition, rates were largely set by the state and there was little variation in prices between companies.

Burnes “brought fresh insight and real courage to one of the central successes of this administration - the introduction of balanced, consumer-oriented competition to our auto insurance market,’’ Patrick said in a statement.

In an interview, Burnes said she decided to resign, because she was excited about the opportunity at Northeastern and thought the changes she made in auto insurance were firmly in place.

“This was a good time for me to take this opportunity,’’ Burnes said. “Managed competition has been great for the consumers of Masachusetts, and that will go forward.’’

James Harrington, who represents 21 insurers as head of the Massachusetts Insurance Federation Inc. of Boston, said he was sorry to see her step down.

“She did a fabulous job trying to improve the market to the benefit of consumers,’’ Harrington said. “We wish her all the best, but we are somewhat disappointed by her departure.’’

But Burnes has also faced criticism. She was swamped with complaints after announcing plans to dismantle state appeals boards that allow consumers to challenge accident surcharges on their insurance premiums. Such surcharges - levied when a driver is found more than 50 percent responsible for an accident - can costs hundreds of dollars annually. Burnes eventually reversed her decision after lawmakers threatened to intervene.

In addition, some longtime auto insurers in the state, such as Arbella Mutual Insurance, said the changed insurance rules favored new entrants to the market by temporarily exempting them from covering high-risk motorists. And consumer watchdog groups worried how the changes would affect low-income and minority drivers.

In a statement, Northeastern said Burnes would teach a course on regulatory reform after she starts Oct. 1. “One of our signatures at Northeastern is integrating classroom education with the world around us,’’ said school president Joseph E. Aoun. “In this spirit, we are thrilled to have someone with Nonnie’s professional accomplishments bring her knowledge and expertise to our students.’’

In addition to her auto insurance responsibilities, Burnes was also charged with helping to oversee health insurers. She is the second member of the Connector Authority - the 10-person board charged with implementing the state’s landmark universal health care insurance law - to announce plans to step down in as many months. In August, Tom Dehner, the state’s Medicaid director, said he would resign from the Connector Authority this month.

Separately, Burnes has also tried to rein in coastal home insurance rates, which skyrocketed after insurance companies adjusted their models for forecasting the possibility of a major hurricane pounding Cape Cod. Burnes and lawmakers have been considering new rules to help control rate increases.

Prior to becoming insurance commissioner, Burnes served as a Superior Court Justice for a decade, appointed by Governor William F. Weld in 1996. She also worked as an attorney for the Boston law firm Hill & Barlow and served as a commissioner on the State Ethics Commission. She attended Wellesley College before earning her law degree. As commissioner, Burnes earned about $127,000 last year. She declined to say how much she will earn at Northeastern.