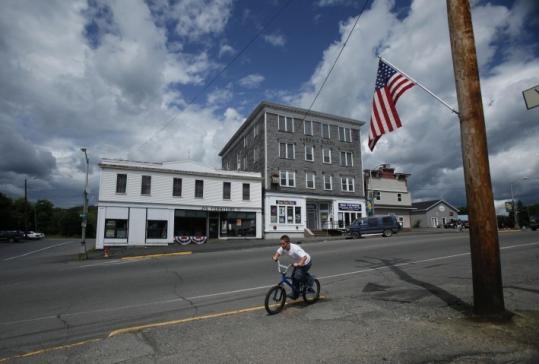 The New England economy showed clear signs of improvement over the past several weeks as employers began to gain confidence that a recovery is on the way, according to a survey of businesses by the Federal Reserve.

The survey, known as the Beige Book, reported rising home sales in the region and increased demand for temporary workers, considered by economists as the first sign of a rebounding job market. Manufacturers expect modest sales growth over the next several months, and fewer firms are planning layoffs, the survey found.

Many New England businesses “report recent signs of improvement,’’ the Fed said in its report. “Retailers, manufacturers, and software and IT service providers, while still reporting mix results, are more confident about their companies’ and the economy’s eventual recovery.’’

The brightening regional outlook comes with an improving national economy. The Beige Book survey found economic conditions improving or stabilizing in 11 of 12 Federal Reserve districts, adding to evidence that longest downturn since the Great Depression has ended. Many economists, including Federal Reserve chairman Ben Bernanke, have said that the economy has begun to grow again.

The official end of the recession will eventually be determined by the National Bureau of Economic Research, a Cambridge nonprofit that dates US business cycles. It typically takes the bureau several months after the economy reaches a turning point to determine the beginning or end of a recession.

The Beige Book, which is released eight times a year, collects anecdotal information from businesses to help assess economic conditions in advance of the Fed’s rate-setting meetings. The Fed is expected to hold its benchmark interest rate near zero when policy makers next meet on Sept. 22 and 23.

Despite improving conditions, the economy remains weak, particularly in labor markets, according to the Fed. In New England, for example, staffing firms reported increases in temporary hiring, but don’t expect demand for permanent workers to pick up until 2011.

New England retailers said consumers remain cautious, although some said they see signs of customers spending more freely. Many manufacturers said revenues remain well below last year’s level, but the pace of sales has recently exceeded expectations. Technology firms said they are beginning to see modest improvement in sales, but anticipate a long and slow recovery.

Home sales are increasing across the region, rising 4 to 13 percent from a year ago, according to the Fed. Prices, however, are still falling.