When silence greets the resumé 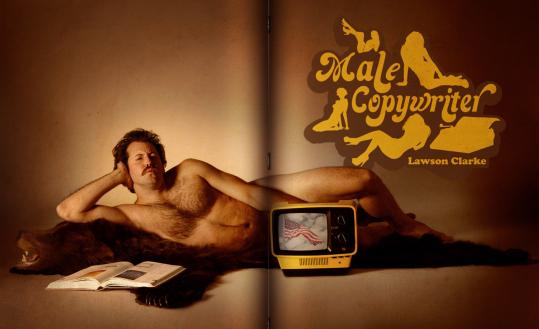 At a time when one job posting can attract hundreds of applicants, the unemployed are doing everything they can to stand out. There’s the man who walked the streets of Manhattan wearing a sandwich board that read: “MIT Grad for Hire.’’ A Connecticut woman rented a billboard along Interstate 95 to advertise her eagerness to land a job. A Hopkinton software engineer took out an ad for himself on a classical radio station after 10 months of looking for work.

The traditional job search - sending out resumes, crowding into jam-packed career fairs - often ends up going nowhere when there are 13.7 million unemployed people nationwide and only 2.5 million jobs to fill, as is now the case according to the US Bureau of Labor Statistics. So people are advertising themselves everywhere from the back of car windows to Facebook in the hopes of catching the eye of a potential employer.

“People are just getting as creative as they possibly can,’’ said Chuck Campbell, a career coach based in Holliston.

Take Lawson Clarke. The unemployed Boston advertising copywriter put together a website to showcase his irreverent ads for Carnival Cruise Lines and Ocean Spray - and posed nude on a bearskin rug on the homepage. In the photo, a hairy-chested, mustachioed Clarke is lying in the buff, with a strategically placed TV in front of him. The website’s URL, www.malecopywriter.com, matches his come-hither approach.

“I needed to do something to stand out,’’ said Clarke, who said he has had “plenty of nibbles,’’ but no job offers.

Clarke, 37, had been watching the advertising industry take a beating and started working on the site even before he was laid off from Arnold Worldwide in March. “I was sort of like the guy on the Titanic,’’ he said. “Maybe I’ll just slip into a life jacket. Maybe I’ll just hang out over here by the lifeboats.’’

Posing nude on the Internet may be a sure-fire attention getter, but job-search expert Orville Pierson is not a fan of such extreme tactics. “Those kind of tricks often damage the job hunters’ reputation,’’ said Pierson, the Northampton-based author of “The Unwritten Rules of the Highly Effective Job Search.’’ He suggests job seekers stick with more conventional approaches, such as networking.

But during this recession, some job seekers are willing to lay it all on the line if that means they might land a job. According to a recent study conducted for online jobs site Careerbuilder.com, a fifth of hiring managers have reported seeing more unconventional tactics from job seekers this year. Among them, a candidate who sent a cake designed as a business card and an applicant who attached a shoe to a resume as “a way to get my foot in the door.’’

Unemployed Hopkinton software engineer Larry Fowler readily admits that his gambit for finding a job was a “strange idea.’’ He had been out of work almost a year when he shelled out $1,500 in May for a series of spots detailing his qualifications on classical music station WCRB-FM. The ad has generated four leads, one that has progressed all the way to a final interview. But so far, no job. Not that unconventional job searches don’t sometimes yield results. An out-of-work Internet marketer who decided to give public relations advice to puppets on YouTube landed a job - at a public relations agency.

“We’re all marketers now, like it or not,’’ said Eric Barker, a recent Boston College MBA graduate who took out an ad on Facebook looking for work .

Yet the market remains impenetrable for some no matter what they do. After months of attending career fairs and trying her luck with temp agencies, Pasha Stocking of East Hampton, Conn., took out an ad on a billboard alongside Interstate 95 in Bridgeport. “Hire me! Unemployed and seeking employment,’’ it read next to a picture of her in pearls and a blue button-down shirt. Stocking, a single mother of three, was laid off from a sales and marketing job in June 2008 and was so frustrated by her search that she took $2,500 out of savings to rent the billboard. It was up for four weeks and garnered a few unattractive offers, but she’s still looking.

If nothing else, it has definitely raised her profile. “People say, ‘Hey, you’re famous,’ ’’ she said. “Yeah, I’m famous. I’m famously unemployed.’’

Chase can be reached at johnstonchase@globe.com.

See what some job-seekers have done to stand out.
Your comment is subject to the rules of our Posting Policy
This comment may appear on your public profile. Public Profile FAQ