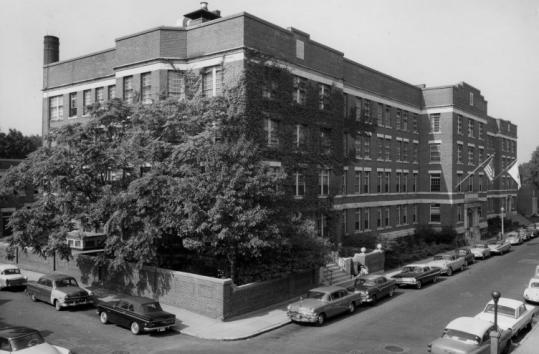 The Massachusetts Mental Health Center in Mission Hill would be demolished and in its place Brigham and Women's Hospital would build a residential and medical complex on some of the last underdeveloped land in the Longwood Medical Area.

The hospital submitted to the city a proposal for a multibuilding development of more than 600,000 square feet that would also include an adjacent parcel on Binney Street. That latter location would be the first built under Brigham and Women's plans -a 57,000-square-foot laboratory and office building that would also include outpatient services, according to documents filed with the Boston Redevelopment Authority.

Depending on its ability to raise funds, the hospital would next demolish the five buildings formerly occupied by the state-owned Mass. Mental health center. The clinic had relocated to the Lemuel Shattuck Hospital in Jamaica Plain in 2003.

Brigham and Women's would build a 180,000-square-foot residential building with 136 apartments and condominiums, a 359,000-square-foot medical center, and a 21,000-square-foot clinic for state mental health programs, with inpatient and outpatient services.

Mass. Mental, a pioneering center for psychiatric teaching founded in 1912, would move back to Longwood when construction is complete.

An official with the BRA, which released the plans last night, said continued development in the Longwood Medical Area would help revive the neighborhood and realize Mayor Thomas M. Menino's vision for the area and surrounding Mission Hill neighborhood.

"The mayor supports institutional development and smart growth, and this development is consistent with the growth of an important sector," BRA director John Palmieri said.

Officials with Brigham and Women's Hospital could not be reached for comment last night. The hospital is in partnership with the nonprofit Roxbury Tenants of Harvard Association Inc., which would develop and manage the residential building. The tenants' group manages the 13.5-acre Mission Park housing complex. Offi cials with the organization could not be reached last night.

The residential building would include 66 affordable rental units and 70 condominiums, as well as 10,000 square feet of community space, such as a park or neighborhood center.

Most of the new complex would be built on the 3-acre site of the mental health center on Fenwood Road, which is currently occupied by five buildings and 160 parking spaces. The rest of the construction would occur on a 13,000-square-foot parcel at the corner of Binney and Francis streets. The developers would replace the 160 parking spaces and would build 233 additional spaces in an underground garage.

A tunnel would also be built connecting the 359,000-square foot medical building and the Shapiro Cardiovascular Center.