More being foreclosed into homelessness 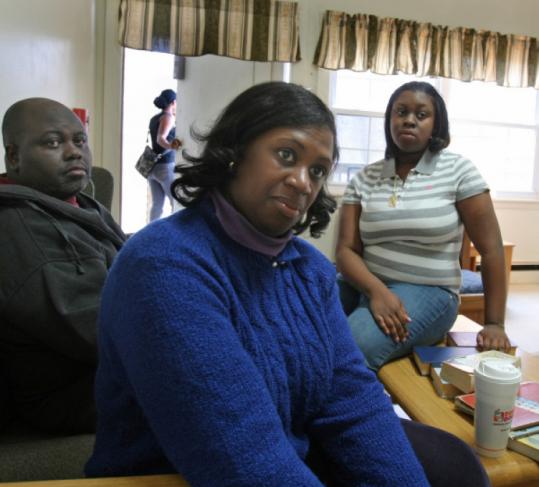 Derrick Hughes spent so much energy trying to save his Roxbury home from foreclosure that when sheriff's deputies finally evicted him in January he had nowhere to go but his 1998 Chevrolet Blazer.

"I spent the weekend driving around, thinking, 'What am I going to do?' " said Hughes, 56, a UPS driver. "I was running around trying to save the house rather than find a place for me."

Hughes, who lived out of his car for two months, is one of an increasing number of Massachusetts residents plunged into homelessness because of foreclosure, state officials and advocates for the homeless say. The state is housing about 2,650 families in shelters and motels, a 34 percent increase from last year at this time. About 8 percent blame their predicament on foreclosure, according to a recent survey by the state Department of Transitional Assistance. Last year, a smaller state survey found about 3 percent of families attributed their homelessness to foreclosure.

"People, families, and individuals have come back to their apartments and have been shown the door," said John Yazwinski, executive director of Father Bills and Mainspring, a nonprofit in Brockton and Quincy that offers assistance to the homeless. "There are more and more families from the rental market and people who have never experienced homelessness before."

Last year, 12,430 homeowners in the state lost their properties to foreclosure - up 62 percent from 2007 - according to Warren Group, which tracks real estate transactions. About 3,300 foreclosures involved homes with two and three units. As a result, tenants are evicted through no fault of their own, and many can't afford the upfront costs necessary for another apartment. Displaced tenants and homeowners often move in with family and friends, sometimes moving multiple times before going to the state for assistance.

The newly homeless can be invisible - too embarrassed about their predicament to tell even friends or colleagues. A Brockton couple, for instance, said they don't tell most people that they have been homeless since last summer. The couple and their four children returned to their rented apartment from summer vacation last year to find a foreclosure notice on the front door, and were ordered to leave within weeks. They had faithfully paid the $1,250 monthly rent and did not know their landlord was facing foreclosure.

"We had nowhere to go," said Jack, 47, who asked that his last name not be published. "Everything fell apart. Next thing you know, you're on the street."

The family lived on his salary as a roofer before the eviction, but he couldn't keep his business afloat once they moved to the shelter. "We always thought the homeless was a bum on the street," Jack said. "Now it's the average family."

Lori and Nigel Harper, both 46, also never envisioned losing their home or having to live in a shelter with their 16-year-old daughter.

The Harpers bought their three-bedroom Milton home in 2000 for $210,000, attracted by a sunroom, den, and a picturesque backyard with a small stream. But in 2004, Nigel had a stroke and could no longer work as a private shuttle driver, Lori Harper said.

Facing foreclosure, the couple signed their home over to a real estate agent who said they could rent it until they had enough money to buy it back. The couple now believes they were victims of a scam.

The attorney who orchestrated the deal was disbarred in 2007 following allegations he misappropriated funds from other clients.

In 2007, Nigel Harper had another stroke, and the family's financial problems became insurmountable. "We were evicted from the house, and we became homeless," she said.

Last summer, the couple moved into a state-subsidized Cambridge motel, and in December relocated to Evelyn House, a shelter in Stoughton.

Government officials and housing advocates say they are stepping up warnings to homeowners about such scams, helping borrowers modify their mortgages, and notifying tenants in foreclosed buildings about their legal rights to stay.

But such efforts came too late for Hughes, the former Roxbury homeowner.

He bought his three-family house for $495,000 four years ago, expecting to cover the mortgage with his $65,000 salary as a UPS driver and rent from two units. He lost the house because of a tangle over payments with tenants and overwhelming maintenance costs.

Lacking enough money for the first and last months' rent as well as the security deposit most landlords require, he couldn't move directly into an apartment. And because he worried about losing his expensive watch, a laptop computer, and iPod, Hughes was wary of going to a shelter.

So he stocked his Chevy Blazer with blankets and pillows and added a baseball bat for protection, parking on streets in Dorchester and Roxbury at night. He lived out of his car for about two months, sleeping in the back and waking for work to a cellphone alarm. The worst part was having to curtail visits with his 12-year-old daughter, who used to stay at his house every other weekend.

Today, Hughes rents a room from a family friend. He is still working at UPS but is struggling to save money while paying for his room, property storage, and child support.

He even dreams of finding a way to buy back his former home, which is now up for sale. "I want to get settled for me and my daughter," he said. "I can't believe with all the help I had to get into this mess [that] there is no help to get me out of it."