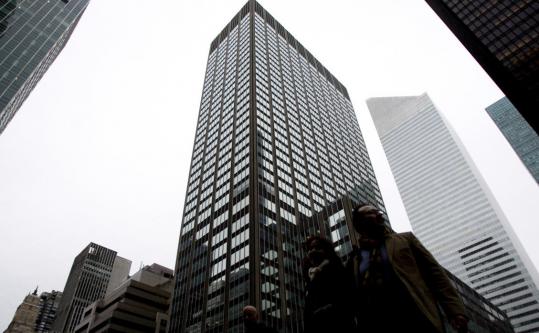 NEW YORK - Citigroup is going through with more than $3 million worth of construction at its corporate headquarters in Manhattan.

The bank says the renovation will save $20 million in the long run. Top executives currently working on two floors will be consolidated in "smaller, simpler offices on a single floor," Citigroup said.

But the office makeover on Park Avenue comes at a tricky time for the company, which is operating with $45 billion in federal funding after recording five straight quarters of losses. The bank's use of taxpayer dollars has been under close watch.

Consolidating real estate is a good idea, said Sanjai Bhagat, a professor of finance at the University of Colorado Leeds School of Business. And $3 million is a tiny fraction of $45 billion. But the question is whether it really takes millions of dollars to move executives from two floors to one.

In front of a House panel in February, CEO Vikram Pandit said: "Let me be clear to the committee: I get the new reality."

The bank, which has been planning the renovations for months, is paying $3.2 million for basic construction, including wall removal and fire safety systems, according to filings at the New York Department of Buildings. The total cost could end up higher, though, after fees and other expenses - other media reports estimated the cost of the renovations at $10 million.

Citigroup pointed out it has saved $100 million over the past two quarters in premises and equipment expenses, and its total global real estate space has decreased nearly 6 percent to 94.3 million square feet.

A person familiar with the plans said the company intends to sublet the floor it is exiting. He spoke on condition of anonymity because the plans were not final.

Citigroup scrapped plans to buy a $45 million private jet after President Obama called the expenditure "outrageous." It has faced criticism, too, from a few lawmakers over its $400 million stadium-naming deal with baseball's New York Mets.