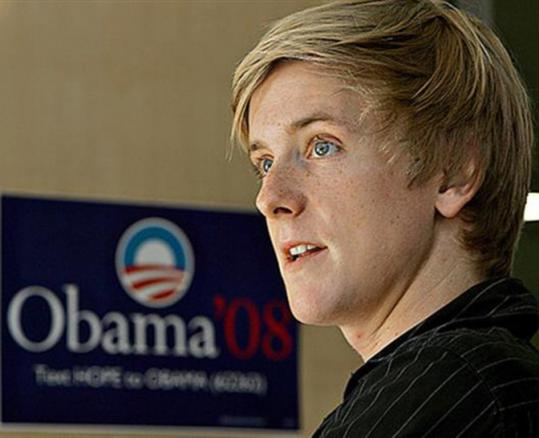 Chris Hughes, a founder of Facebook Inc. who later deployed the website My.BarackObama.com to build an online network for the presidential campaign, will be joining the Cambridge venture capital firm General Catalyst Partners as an entrepreneur in residence.

The move, set to be disclosed today by General Catalyst, is a part of the firm's effort to build a new generation of digital media and social-networking start-ups on the East Coast, particularly in Boston and New York.

Hughes, 25, who will divide his time between New York and Cambridge, said he looks forward to working with start-ups and building companies in the next stage of his career.

"I was with Facebook for three years and then was with the Obama campaign, and I decided not to be down in D.C. working for the administration," Hughes said. "And I found there were a lot of people on the East Coast who have really good ideas, but really need the structure and the help to turn those ideas into promising companies."

"We think entrepreneurs will gravitate to Chris Hughes, especially the young entrepreneurs who are the lifeblood of our companies," said Neil Sequeira, managing director at General Catalyst. "Our goal for him is to create the next generation of great enterprises and to keep them here on the East Coast."

Hughes, who grew up in Hickory, N.C., attended Phillips Academy in Andover and roomed with Mark Zuckerberg and Dustin Moskovitz when they were sophomores at Harvard University. The trio founded the social-networking site Facebook Inc. in 2004 and later moved it to Palo Alto, Calif. Hughes left Facebook in early 2007 to work on the Obama campaign as its director of online organizing.

In that role, he ran the My.BarackObama.com site, which raised more than $500 million through average donations of under $100 and organized 200,000 events nationwide. Hughes said he hoped to apply the lessons he learned and technologies he worked with at Facebook and the Obama campaign to his work with entrepreneurs.

"Facebook and the stuff we did during the Obama campaign are very different," Hughes said. "What they have in common is that people have communicated with their friends and supported candidates for a long time. But technology can help both of these things happen more efficiently and break down barriers that always existed."