The Vermont Country Store is selling what? 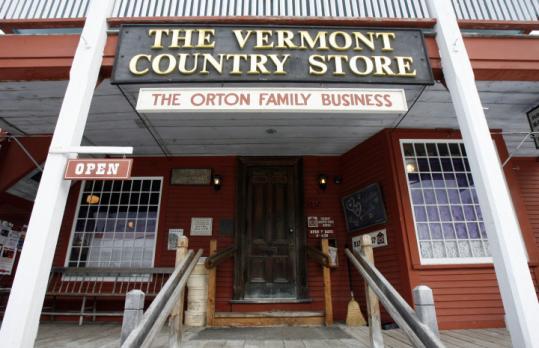 But recently, the Vermont Country Store catalog made a surprising addition: sex aids.

The inclusion of an "Intimate Solutions" section selling instructional sex videos, "pleasure gels," and other items has prompted cancellations, irate letters and calls, and a sort of identity crisis for the staid New England brand, which has never been accused of being racy.

"It's hard to read the customer letters," said Cabot Orton, 39, wincing as he sat in the store last week, talking about the response. His father, Lyman, is the store's proprietor. "It makes me a little ill, really."

Lyman Orton, 67, with a country storekeeper's sense of what sells and what doesn't, says the idea of helping older folks keep sexually active was his.

"We never got any letters saying we want this. I said 'Look, let's see if our customers respond to this.' You'd think I suggested that we sell nuclear devices to terrorists," he said.

Orton figures he got 600 letters, most of them critical. In fact, the "intimate solutions" items have been big sellers, though the company won't give sales data.